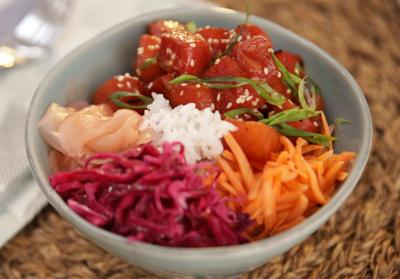 My next dish has a Hawaiian influence with a seasonal twist you won’t forget! That’s right, we’re making watermelon poke.

Cooking tip: Start by cutting both ends of the watermelon so you can turn the watermelon on a stable side. Then, using a circular motion, curve your knife down the watermelon in order to cut as much of the rind off as you can without removing any of the juicy insides.

I marinate the watermelon with some sweet and salty flavors, including sesame oil, rice wine vinegar, soy sauce, tahini and honey. To combat a little bit of that sweetness, I add a little bit of lime juice.

Once marinated, put the watermelon chunks into a medium-high heated pan – make sure to save and set aside the remainder of the marinade from the bag to make the sauce.

Cooking tip: Try not to crowd the pan too much so the watermelon dries out a bit.

Time to assemble! I take a little bit of rice and put it at the base of the bowl. On top I add shredded carrots, some pickled red cabbage and pickled ginger. (If you can't find pickled ginger, you can use rice wine vinegar and a little bit of sugar/salt to substitute.) Now add the star ingredient: the watermelon! Garnish with white sesame seeds and sliced scallions. Finally, now that the sauce has thickened a bit, drizzle it over the bowl to add some intense flavor.

There you have it! You’ll feel like you’re on the island itself with this spin on a classic Hawaiian dish.

Meanwhile, in a small saucepan, heat marinade to boiling over medium-high heat; reduce heat and simmer 12 to 15 minutes or until marinade thickens to the consistency of heavy cream.

Refrigerate watermelon and sauce separately at least 1 hour or until chilled.

Add marinade to watermelon in bowl; toss until well coated. If desired, add salt to taste. Sprinkle watermelon with green onions to serve.

Charcuterie is the word this season

Candied yams with marshmallows are a holiday side dish staple for everyone.

This pecan and herb crusted prime rib entrée is the type of dish where everyone leaves the table completely full and satisfied. 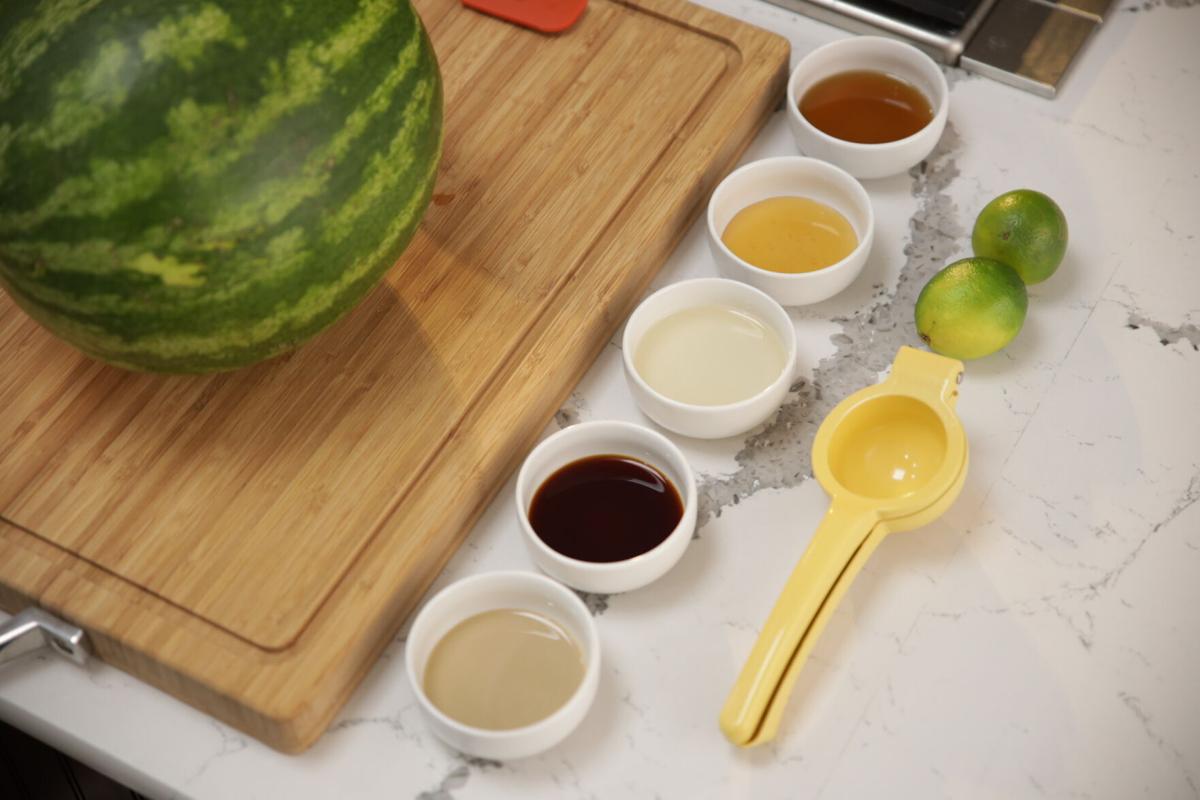 All you need to get started is a watermelon, limes, sesame oil, rice wine vinegar, soy sauce, tahini and honey. 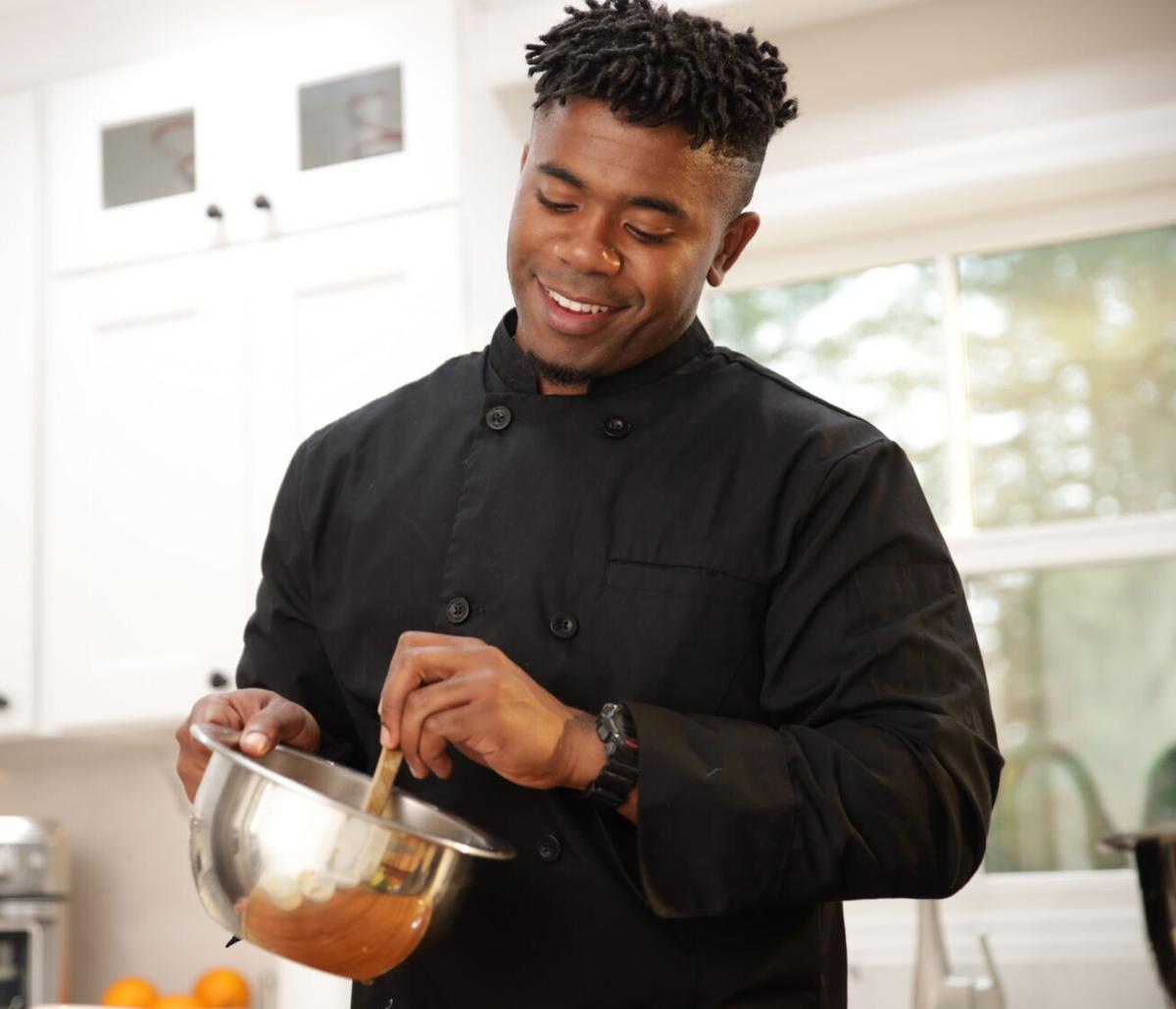 I like to build my watermelon poke on a bed of rice with shredded carrots, pickled red cabbage, pickled ginger and of course the sauce. 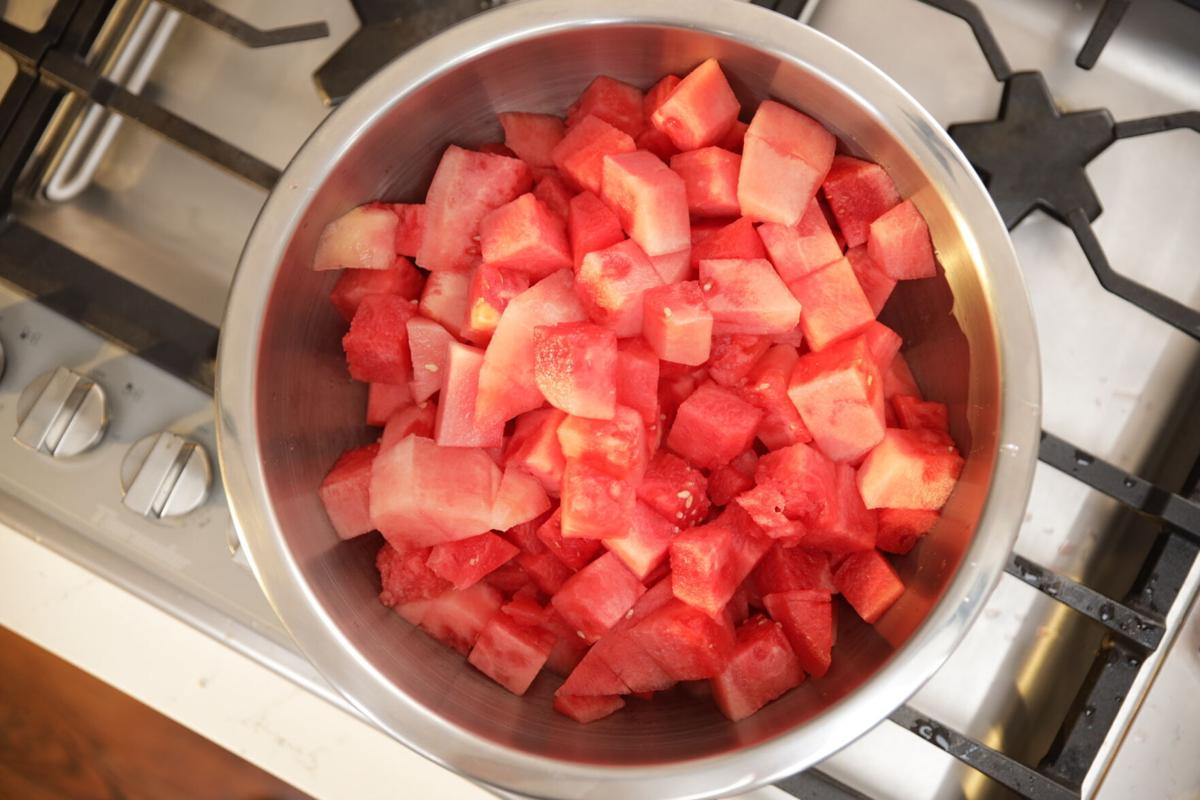 These bright, red chucks of watermelon are beautiful and sweet! 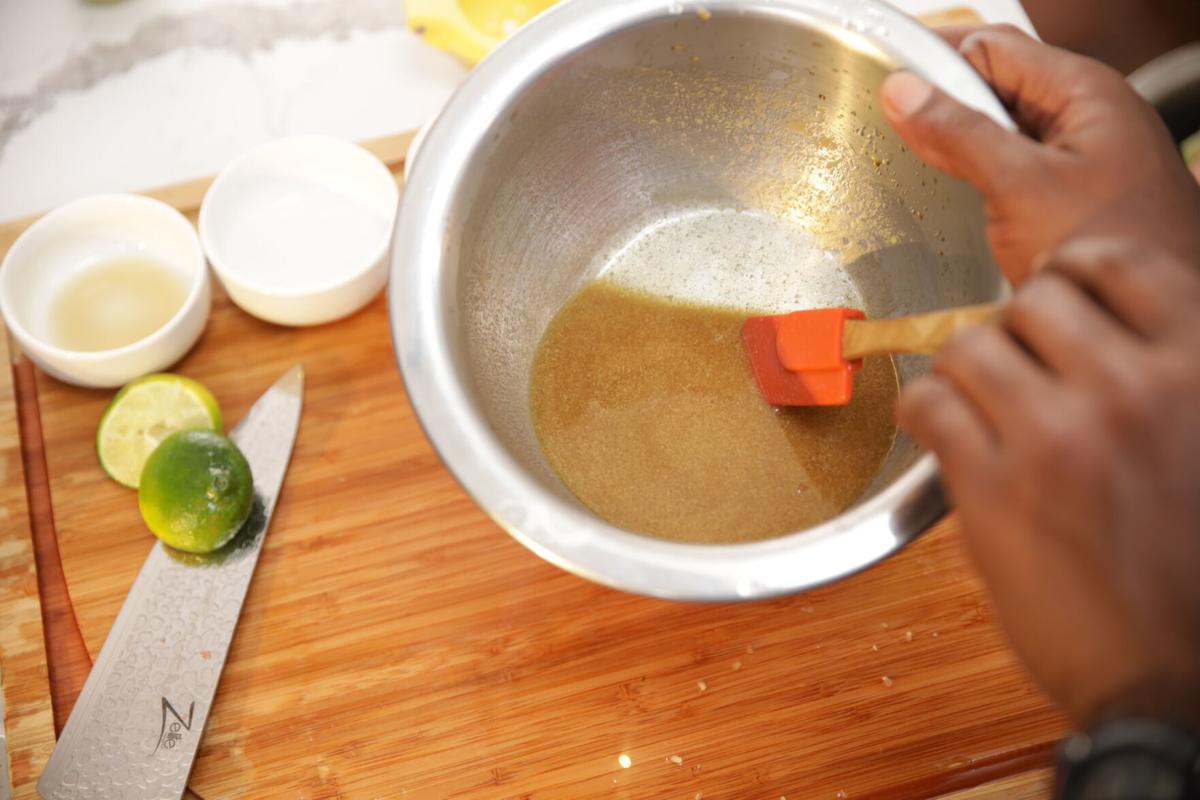 Make sure to save the marinade from the watermelon to make the sauce with. 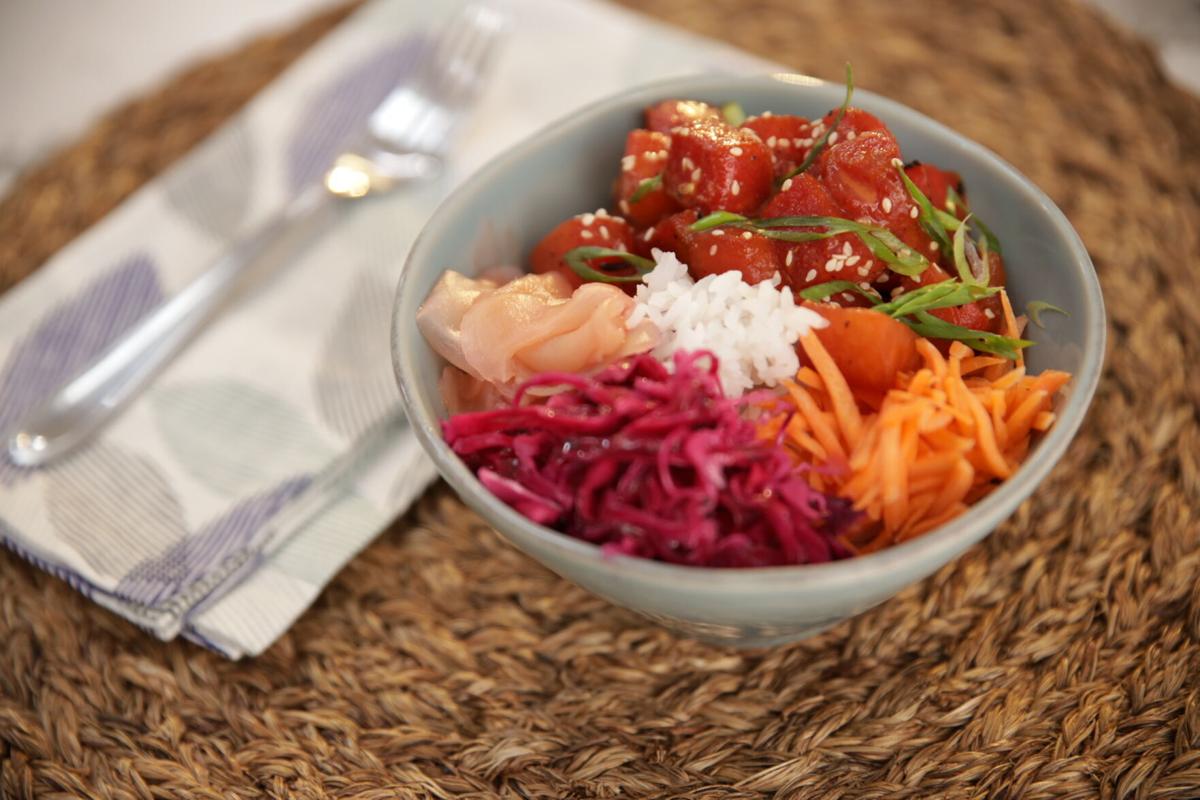