Beer has been part of American history since the Mayflower landed at Plymouth Rock in 1620, but German immigration has largely shaped what U.S. beer culture looks like today. From style to social interaction, we have the Germans to thank for much of what defines the modern American beer scene.

The influence of immigration on brewing traditions wasn’t a new phenomenon at the time the United States colonies were taking shape. Legend has it that the Celts, fleeing the European continent in the fifth century, first brought beer and brewing to Great Britain. The Brits, in turn, brought brewing to the Americas. It’s not just the United States, either. Two of the biggest breweries in Canada – Labatt and Molson – were founded by first-generation Irish and English immigrants, respectively.

Before German immigration to the U.S. began in earnest, beer in America’s early days looked much different. Per the Tenement Museum, an immigration museum based in New York, the beer of colonial times was likely dark and robust — closer to the porters and stouts of today than the light, effervescent offerings of top-selling brands like Bud Light and Pabst Blue Ribbon.

Beer actually faded in popularity through colonial times. According to a PBS interview with Theresa McCulla, historian for the American Brewing History Initiative at the Smithsonian’s National Museum of American History, the most popular alcoholic beverage in colonial America, and up until the mid-19th century or so, was actually hard cider, not beer. Spirits like whiskey and rum were also popular.

When Americans did drink beer, McCulla says it was increasingly in the form of low-alcohol-content “small beer” that was brewed at home, either by the woman of the house or by slaves in the South. This beer, McCulla notes, “wasn’t considered a special product,” but was consumed regularly more like water, an “all-the-time” beverage.

It wasn’t until immigration to the United States accelerated in the mid-1800s, particularly from Germany, that the American beer industry really started to take off as any sort of commercial enterprise. German immigrants were the ones who started establishing commercial breweries in American cities. Today, many of the longest running breweries in the United States still have ties to German immigration. Yuengling, for instance — the single oldest operating brewery in the U.S. — was founded by David Gottlieb Jüngling in 1829, one year after he immigrated to America from Germany. Many other quintessential American beer brands, from Pabst Brewing Company to Anheuser-Busch, are likewise rooted in German beer history and tradition.

German immigrants brought their beer culture to the U.S., but two elements proved especially influential. The first was the lager style. Lager, which uses a bottom-fermenting yeast and is fermented slowly at cold temperature just above freezing, is a light, effervescent style of beer that contrasts significantly with the darker British beer styles that were popular in the U.S. prior to the mid-1800s.

Today, lagers rule the American beer market with brands that include Bud Light, Budweiser, Pabst Blue Ribbon, Heineken, Miller Lite and many other widely available brews. Even in the age of craft brewing that’s given rise to popular styles like IPAs, stouts and sours, lagers still dominate the U.S. beer market.

The second element of German beer culture that the U.S. absorbed and embraced was the communal side of beer drinking. In Germany, biergartens are outdoor gathering places where people of all ages are welcome to relax and enjoy each other’s company. Some may be drinking beer; others might enjoy a bite to eat. In these settings, drinking is less about intoxication and more about coming together to socialize with neighbors and friends.

The biergarten concept gained traction in the United States through the late 1800s and into the early 20th century, perhaps buoyed by the fact that drinking establishments were viewed as places where immigrants could gather with others who shared their language and cultural heritage. Canned and bottled beer were not the norm at the time, so the key avenue for beer distribution and sales was through saloons — many of which the breweries owned. These saloons attracted crowds of factory workers who gathered for beer after work, especially immigrants looking for a sense of community.

The ties between America’s growing beer culture and German immigration contributed unfortunately, to Prohibition. While the U.S. embraced German beer throughout much of the 1800s, the narrative shifted during World War I when Germany became the enemy in the eyes of many Americans. Anti-German sentiment led some Americans to distrust German immigrants and, by extension, to disavow German breweries and German-style beers.

That backlash led in part to Prohibition, stretching from 1920 to 1933 and devastating the American beer industry. Many saloons converted to soda shops or ice cream parlors to survive, and many brewers went under. Among those that did manage to outlast Prohibition, most still-existing American breweries now proudly proclaim their German roots.

How one St. Louis brewery has shaped the German-American beer revolution

St. Louis is a mecca for German-style beers, and these five stand-outs are making a name for selling brews inspired by the motherland. 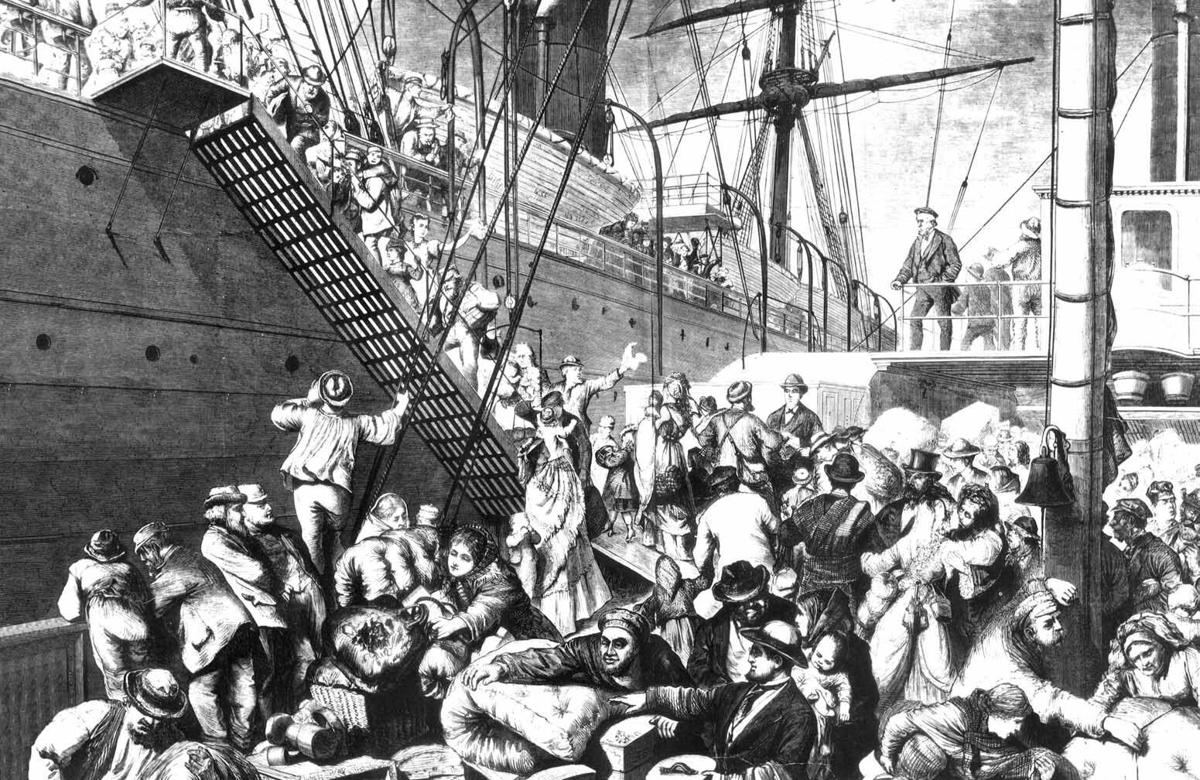 Published in Harper's Weekly magazine in 1874, this image depicts German emigrants boarding a steamer in Hamburg, Germany, before coming to America. Photo courtesy of Wikipedia. 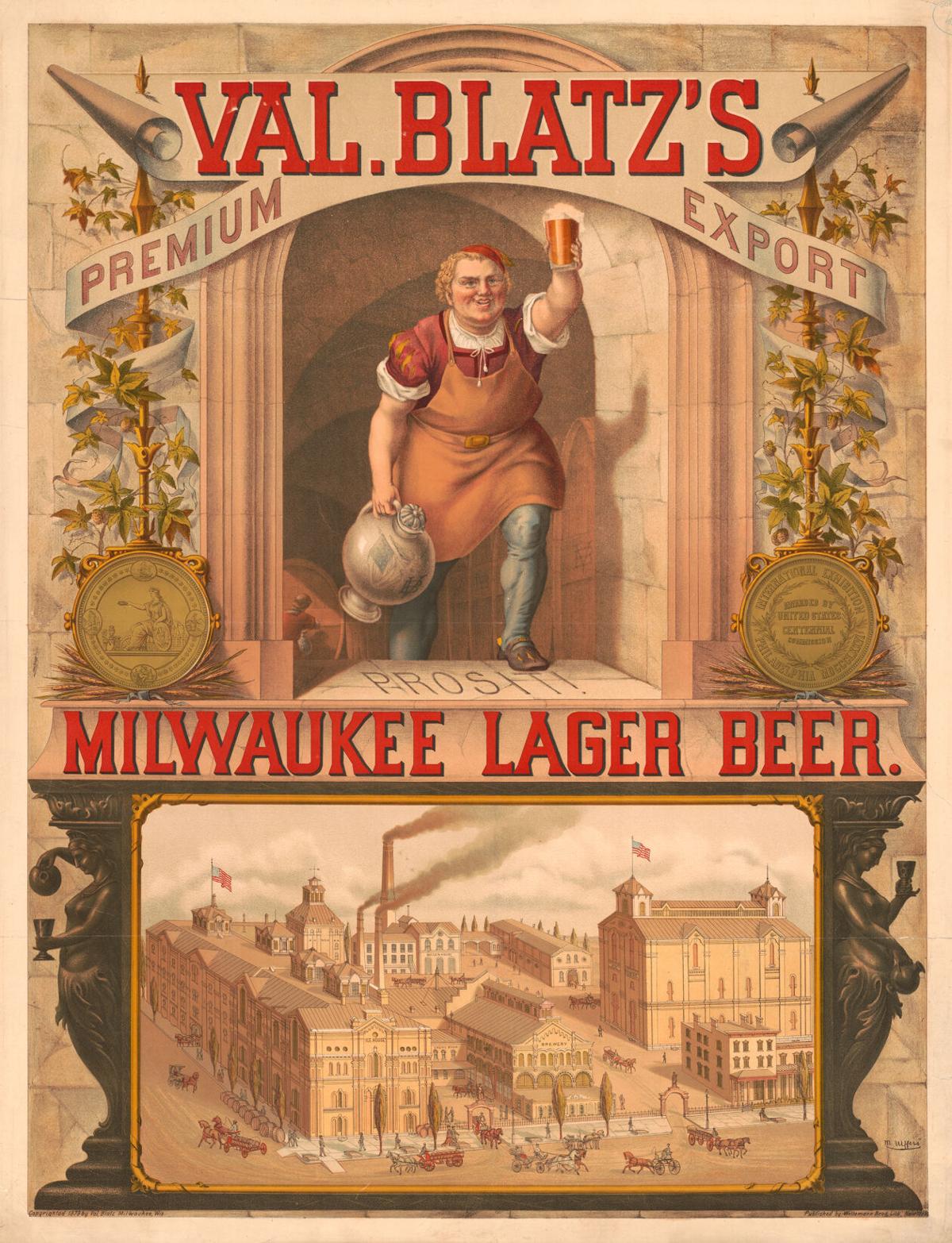 Advertisement for Val. Blatz's Milwaukee Lager Beer circa 1879. Retrieved from the Library of Congress. 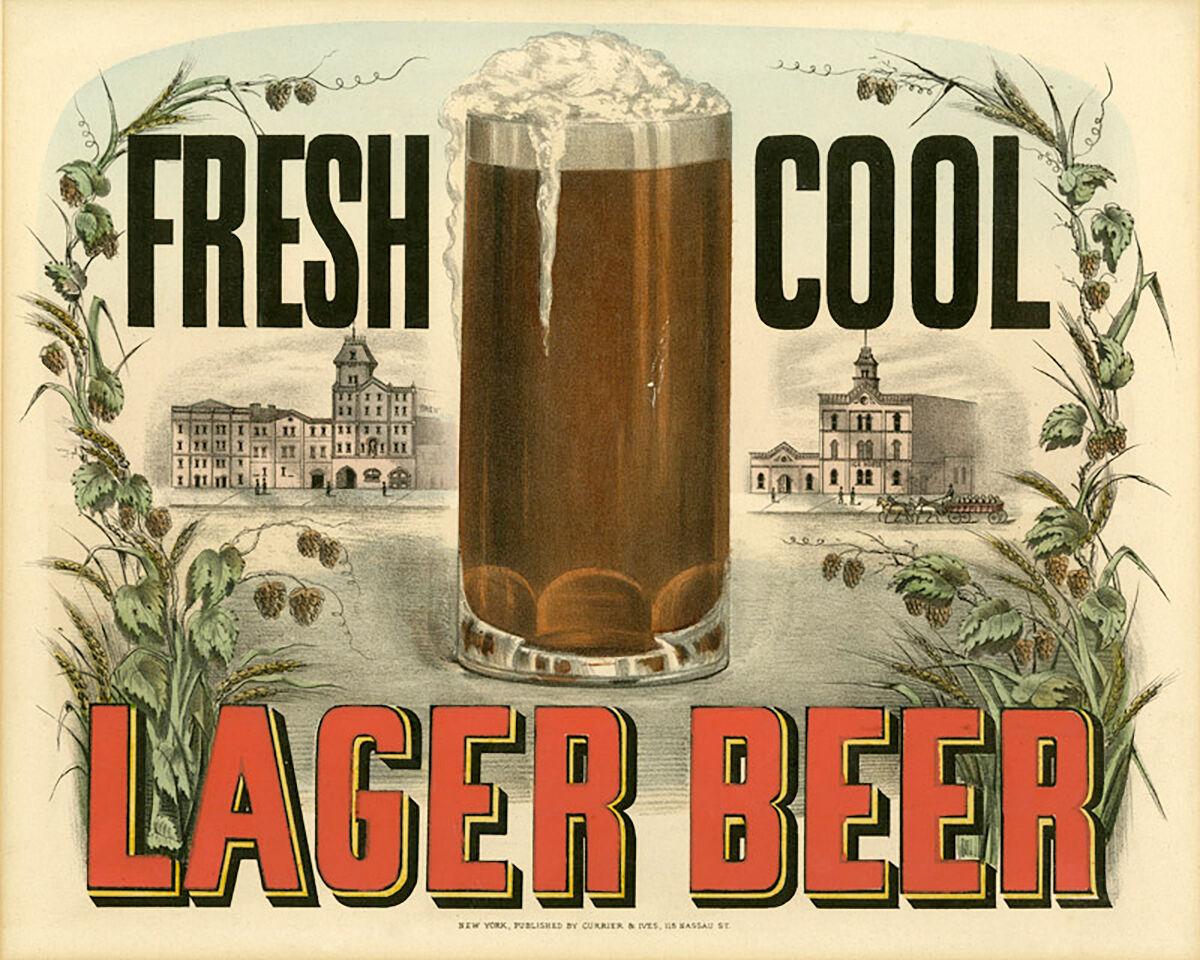 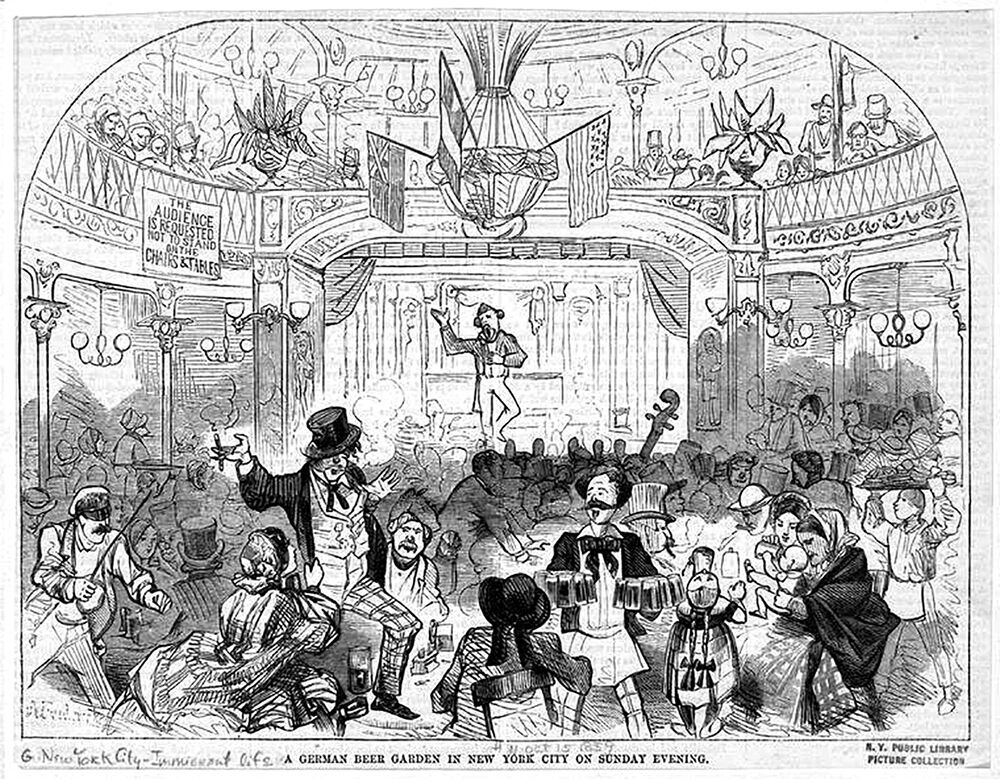 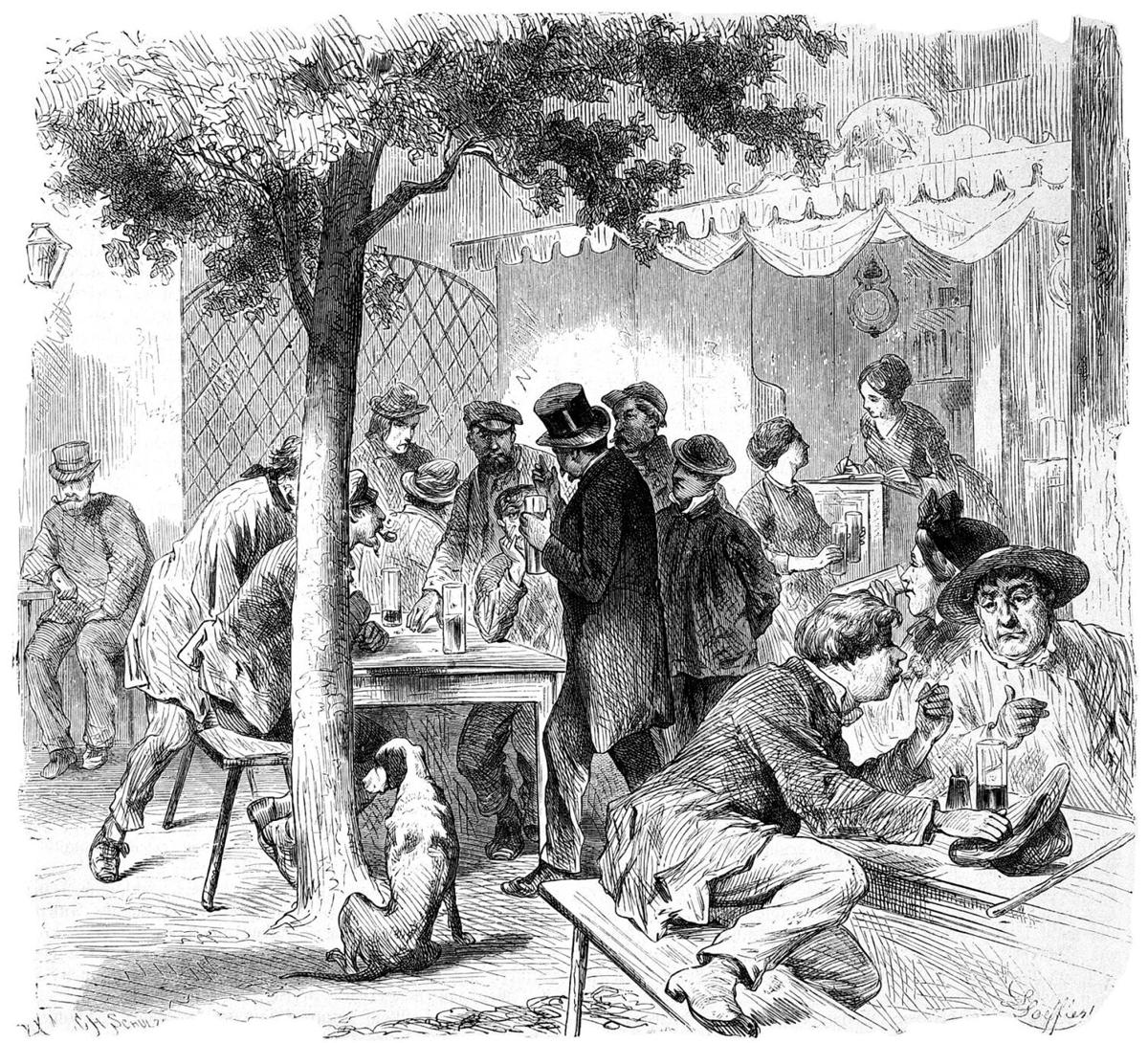