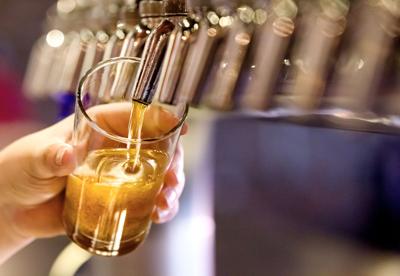 If German beer has an epicenter in the United States, it might just be St. Louis, Missouri.

The story of American beer today can be told through the history of immigration.

A magnet for German immigrants in the 1800s, St. Louis retains much of its Old World heritage today — in the culture and in the beer. A German-American named George Schneider launched the Bavarian Brewery in St. Louis in 1852; another pair of German immigrants, Eberhard Anheuser and Adolphus Busch, would build that business into the empire known today as Anheuser-Busch. The company’s German-influenced beers eventually came to dominate the American market to the point where in 2018, AB InBev (Anheuser-Busch’s parent company) products held down six of the top 10 spots on America’s list of bestselling beers. All those beers, including Bud Light, Budweiser and Michelob Ultra, are variations on the German lager style.

A significantly smaller brewery is now carrying the torch for the German beer tradition in the Gateway to the West.

Ask any beer enthusiast in St. Louis where to grab a pint and you’ll probably get directions to one of Urban Chestnut Brewing Company’s two locations, The Grove Bierhall and Midtown Biergarten, both lively gathering spots in the heart of the city.

Just as importantly, both feature tap lists packed with some of the most authentic German-style beers you’re likely to find on this side of the Atlantic.

Urban Chestnut co-founder and brewmaster, Florian Kuplent, is a German native. As German ties of major commercial breweries like Anheuser-Busch and Yuengling have become diluted over the past century, Urban Chestnut is still deeply rooted in Kuplent’s heritage. In fact, Kuplent went back to Germany five years ago to open an Urban Chestnut operation in the Wolnzach municipality of Bavaria.

Kuplent has always been a bit of a globetrotter. Though he hails from Bavaria — the Wolnzach-sited Urban Chestnut isn’t far from where he grew up — Kuplent’s brewing education spans both sides of the pond. Introduced to beer in Germany, he came to the United States for an internship year in brewing in Connecticut, went back to Germany to get his master’s degree in brewing science, picked up more brewing experience in England and Belgium, and then moved to the U.S. permanently to take a job with, who else, but Anheuser-Busch.

That blend of experience informs the brewing DNA at Urban Chestnut. A little more than a decade ago, Kuplent was managing the central Anheuser-Busch yeast propagation facility when he and fellow employee David Wolfe hatched a plan to start their own brewery. In 2011, they brewed their first beer and opened the original Urban Chestnut location in the Midtown neighborhood.

“[Beer Divergency] was something we came up with right at the beginning,” Kuplent says. “I'm obviously from Germany, and most of my brewing background is German. I knew that we were going to be pigeonholed a little bit into the German styles, and having worked in various places in Europe and in the U.S., I didn't want to just make German-style beers. Beer Divergency gave us license to be able to do very classic European styles — not just German, but also English, Czech and Belgian — and to be a little more experimental.”

The seemingly contradictory beer styles coexist on the tap list in three different categories. The Reverence Series features beers made in the style of classic European brewing traditions, the Revolution Series is a fresh take on American craft beer trends, and the Hallertauer Serie is an exclusive small-batch group of beers brewed at Urban Chestnut’s Bavarian location and available in Germany, Sweden and Italy.

So far, Kuplent says most customers still think of Urban Chestnut first and foremost as a German brewery. The top-selling beers hail from the Reverence Series, including the flagship Zwickel, a Bavarian lager that accounts for about 50% of the brewery’s production, and the Dorfbier, a Munich Dunkel. However, the Revolution Series is gaining ground, mainly thanks to the Hallertau Haze, an on-trend hazy IPA.

The brewmaster notes that much of the authentic German flavor customers taste in Urban Chestnut’s beers derives from the ingredients themselves. For instance, the Zwickel utilizes malt from the Bavarian Franconia region, hops from the Hallertau region and German yeast. For good measure, the Urban Chestnut brewing system is also German-made.

The German stamp of approval

Situated in Hallertau, just a stone’s throw from where farmers cultivate the hops that drive many Urban Chestnut beers, the Wolnzach brewery has put the company to a true test. It’s one thing to sell German-style beers to American drinkers and to embrace the German biergarten concept in St. Louis. It’s quite another to pass the test of authenticity in the country that created those traditions.

Luckily for Kuplent, the Wolnzach brewery has largely been embraced by the local community. Based on the circumstances of its founding, that’s no small feat.

“We took over a brewery that had basically gone bankrupt,” he explains. “It was owned by several hundred locals who had bought shares. It was a very unique model that didn't work out so well because there was really no leadership to take it in the direction that it should have gone. When we took over the brewery, it didn't have a very good reputation. We knew we had to start from scratch and decided that using our name and not trying to hide [our American roots] was the right way to do it. Looking back, using an English name for a brewery in Bavaria was definitely a risk. But we have locals operating the brewery, and I think that’s helped grow the business there. People really enjoy the beer, too.”

St. Louis is a mecca for German-style beers, and these five stand-outs are making a name for selling brews inspired by the motherland. 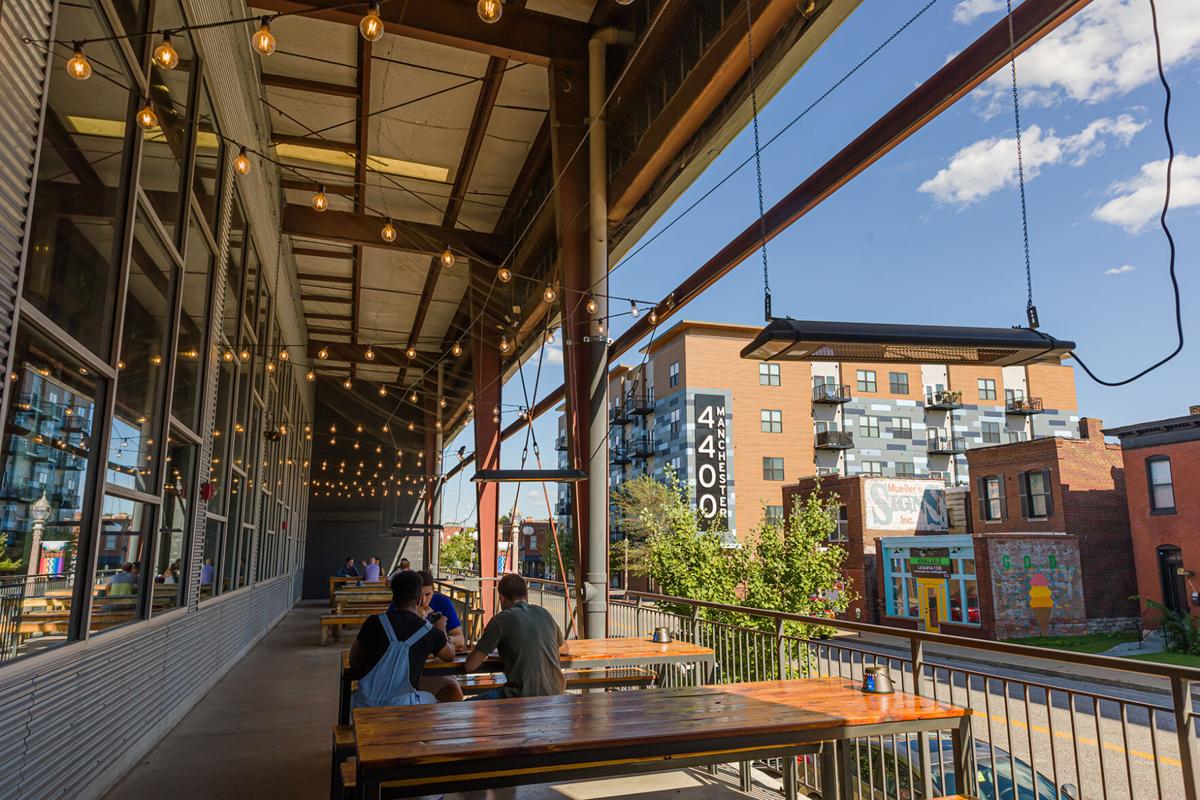 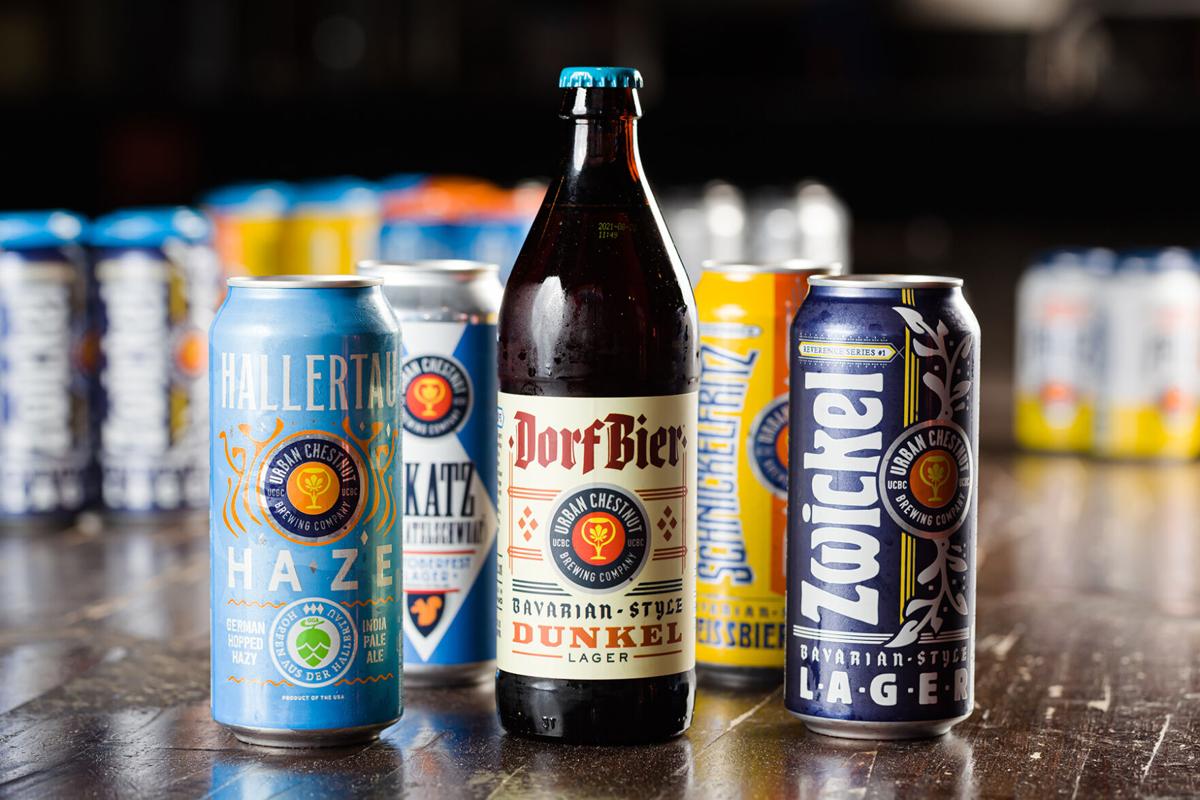 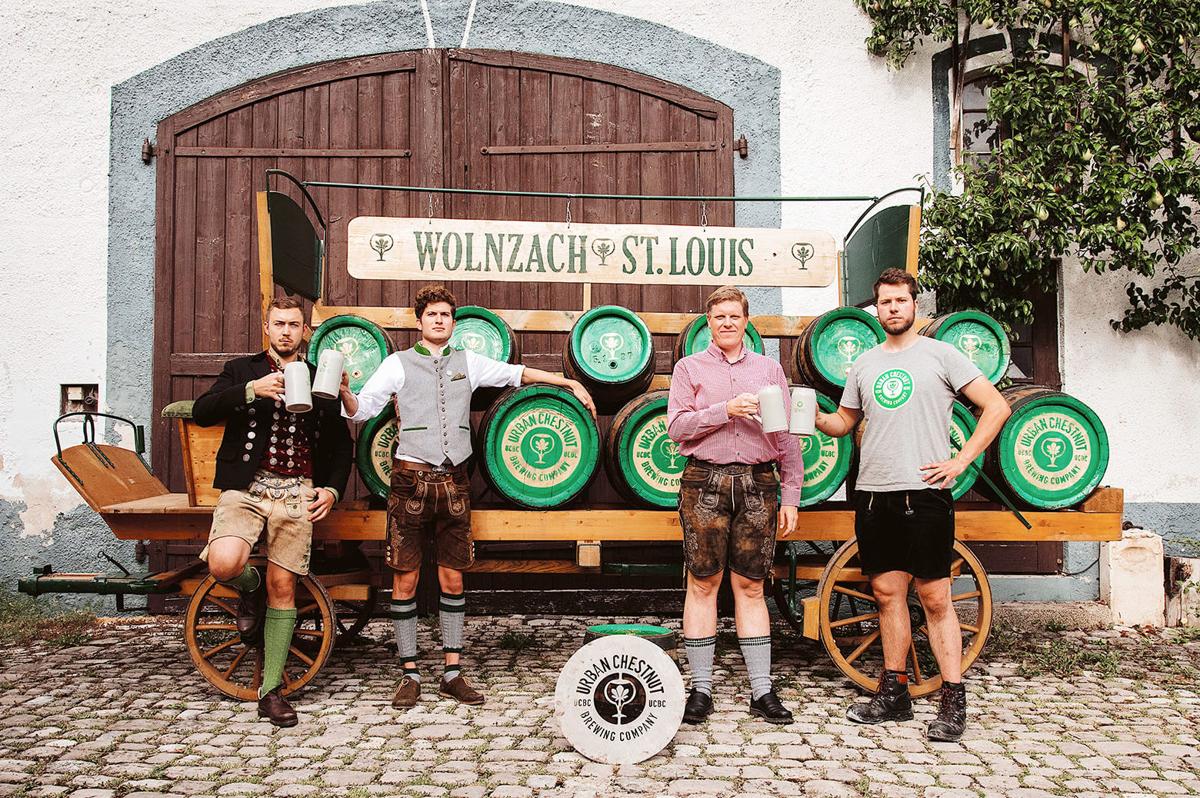 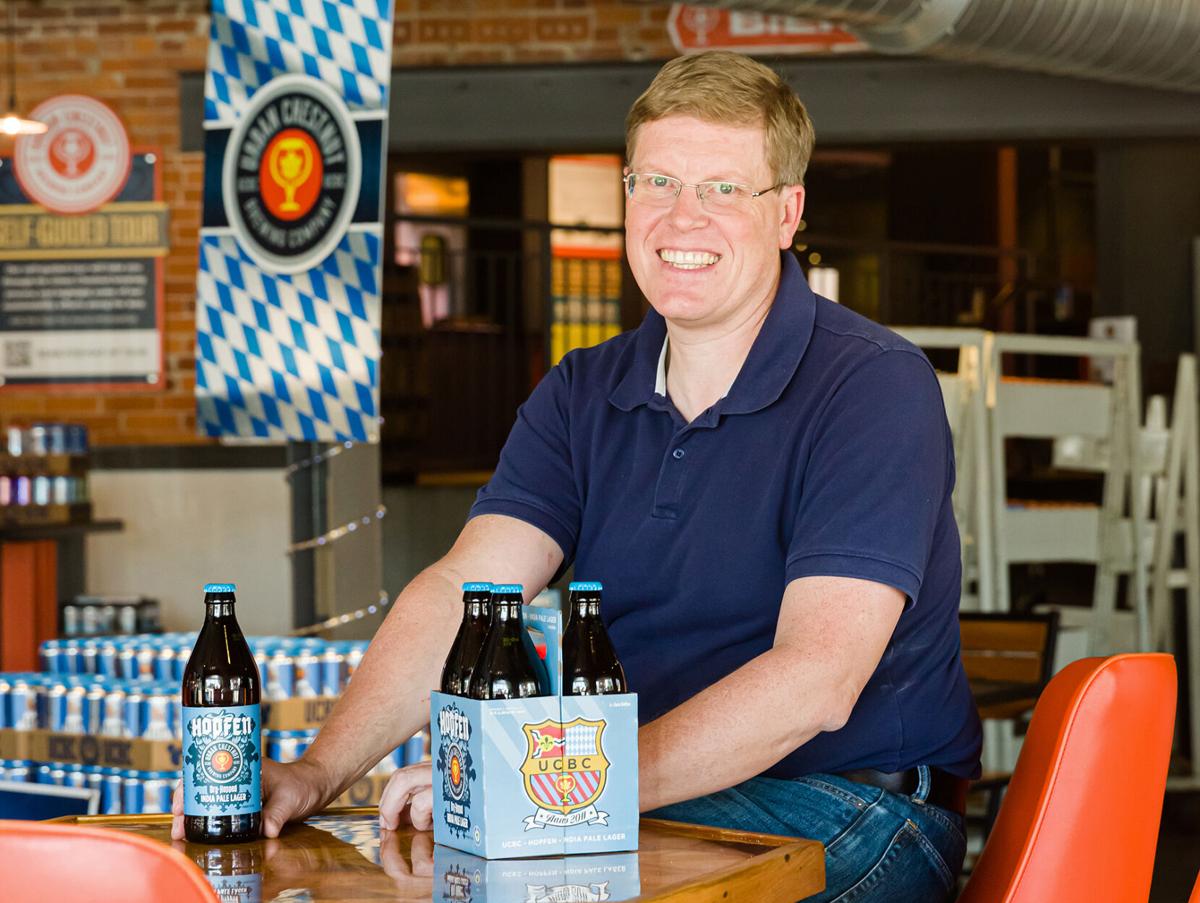 Florian Kuplent was born and raised in Germany and earned multiple degrees in brewing science there before bringing his expertise to St. Louis. 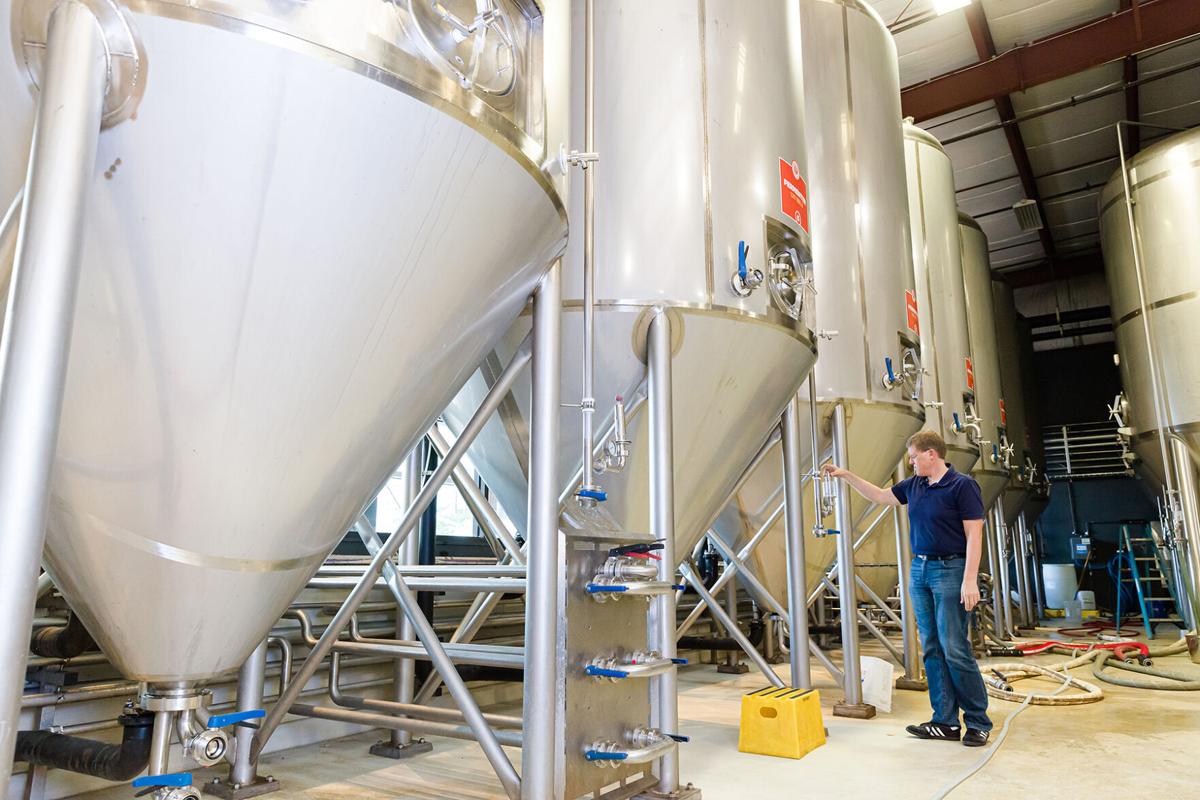 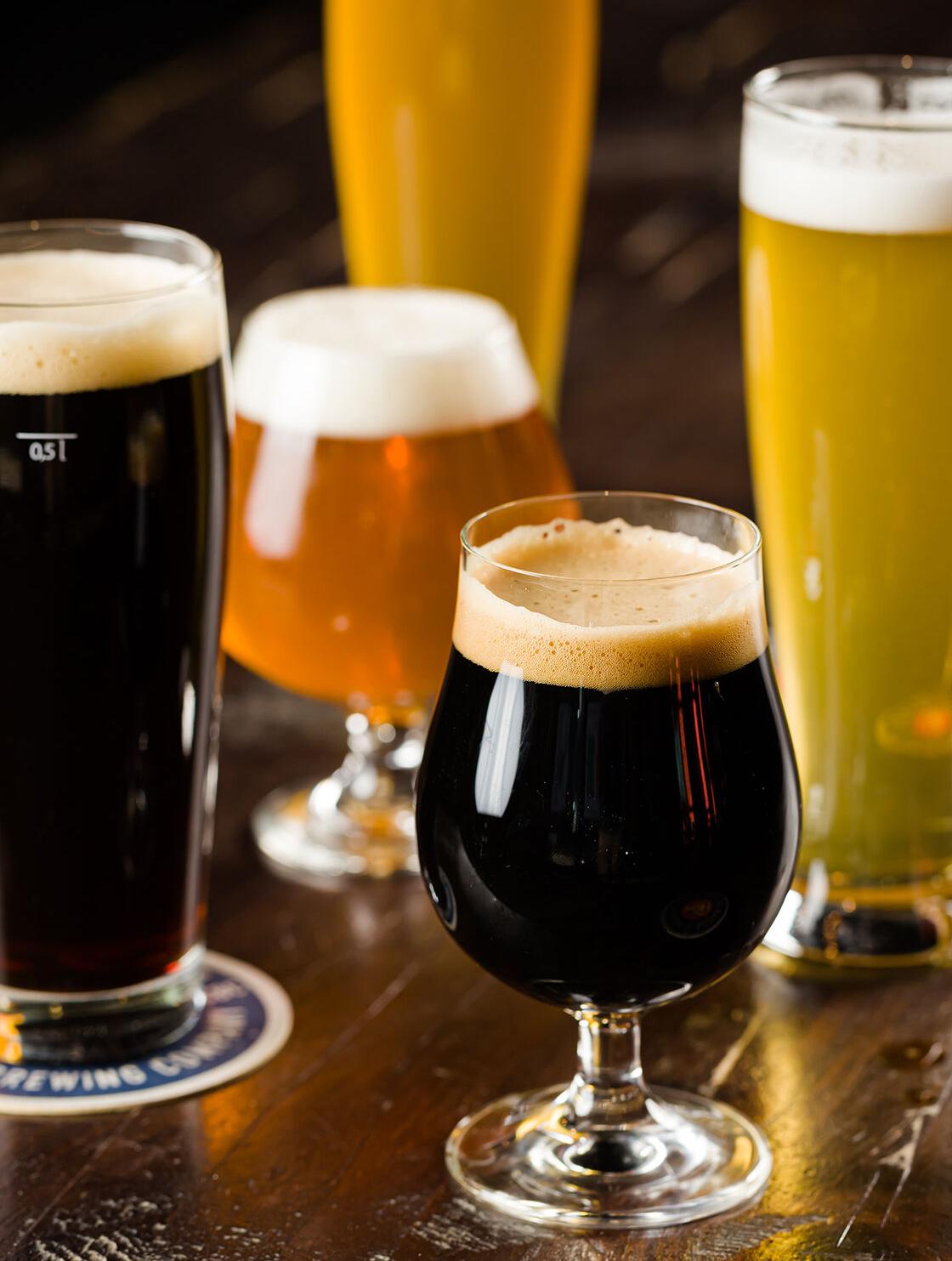