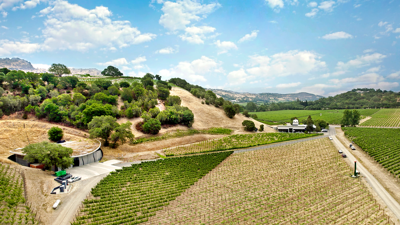 When Odette Estate Winery opened its doors in Napa Valley’s Stags Leap District, a wine growing region just north of the town of Napa, in July 2012, the operation made a statement with its ultra-modern architecture and design, and its stance on environmental responsibility.

As the second Leadership in Energy and Environmental Design (LEED) Gold certified winery in the Napa Valley, following only CADE Estate, Odette exemplifies a commitment to green practices and long-term sustainability across its hospitality building, caves and production facility in enduring reverence for its special location and terroir.

The road to certification

LEED certification is awarded by the U.S. Green Building Council (USGBC), the country’s foremost program for the design, construction and operation of green buildings, a transformative tool for enhancing human and environmental health aspects for people, planet and profit.

“Wineries, like all industrial facilities, are extremely resource-intensive,” the USGBC noted shortly after Odette’s certification in 2016. “Huge water and energy demands not only place a big burden on local reserves and grids, but they also equal high utility costs. In California, where complications arising out of a booming population and limited resources are further strained by drought and other effects of climate change, sustainability is a central business tenet. At least, that’s the guiding philosophy at Odette.”

Polycarbonate paneling is used to capture light without the use of energy, and three shipping containers have been repurposed into offices, a laboratory, an employee breakroom and a bathroom, all run entirely on solar power. Odette has also installed a 300,000-gallon underground cistern to store water during the winter months. In addition, the winery earned membership into the California Certified Organic Farmers (CCOF) organization in 2016 for following 100% organic farming methods across its 38-acre estate vineyard.

When Odette’s owners acquired the property in 2012, one of the first things they wanted to do was transition the farming methods from conventional to certified organic.

“When we think about organic certification, and what it takes to become certified, one of the main things is to eliminate the use of harmful pesticides, herbicides and fungicides,” explains Jeff Owens, winemaker. “I’m a firm believer that if you’re putting something into the ground and on the vines that is harmful to you, then why would you want to put that into your body? If we can eliminate these practices and implement other safe practices, we feel that’s the right thing to do, and the future of agriculture.”

California Certified Organic Farmers was founded more than four decades ago and is now an internationally recognized organization.

For CCOF-certified properties, the use of most synthetic pesticides and fertilizers is prohibited, and land must be free of such substances for three years prior to harvest to ensure crops are not contaminated. The group also focuses on the use of renewable resources and the conservation of soil and water.

“When you use potentially harmful sprays such as glyphosate, [known commonly under its brand name] Round-Up, it kills both the good and the bad,” Owens adds. “When you move to organic farming, you’re setting yourself up for future success with a healthier vineyard. We want to have less of an impact from humans and work towards enhancing the overall health of our land while crafting the best possible wine.”

LEED certification achieves the same goals in the winery during the production process and cellaring of the wines, using the most efficient means possible to conserve energy. For example, Odette winery isn’t air-conditioned; the only cooling and heating in effect are directed to the stainless steel tanks that hold the wine for short periods after harvest and during fermentation.

The underground caves stay cool naturally, perfect for storing barrels of wine to age before bottling. The Cabernet typically spends 20 months aging in French oak barrels; the reserve Cabernet barrel-ages 22 months with another 12 months of bottle-aging before release.

As passionate about vineyards as he is about winemaking, Owens joined the PlumpJack collection of wineries in 2006, the parent company behind PlumpJack Estate Winery in Oakville, CADE Estate Winery on Howell Mountain and Odette. All three are owned in partnership by California Governor Gavin Newsom, Gordon Getty and John Conover.

Owens is a graduate of Cal Poly, San Luis Obispo with a degree in wine and viticulture. He interned at Cakebread Cellars and served as assistant winemaker at PlumpJack Estate Winery and CADE Estate before taking the reins at Odette, where his inaugural 2012 Cabernet Sauvignon Reserve released in 2015 received a perfect 100-point score from Wine Advocate critic Robert Parker, the first screwcap wine to ever achieve the honor.

“What I love about wine is there’s always a story,” Owens says. “I love learning about the people who are part of this entire journey. There are so many hands that are involved in crafting a wine, from the crews in the vineyard and how many passes they made, to how many hands touched those canopies, pulled leaves and dropped a little bit of fruit. The story starts there, and then when you have that bottle of wine and sit down with friends and family, you’re going to create your own memories and your own stories. Wine brings people together.”

The origins of California Cabernet

PlumpJack acquired Odette in 2012, the property’s second owner. An old prune ranch, the spread was initially planted with wine grapes in 1964 by Richard “Dick” Steltzner after he met his trailblazing neighbor Nathan Fay, the first brave soul to plant Cabernet Sauvignon grapes in the region back in 1961.

The Fay Vineyard is today part of Stag’s Leap Wine Cellars, where a vineyard-designated Fay Cabernet has been produced since 1990. After tasting Fay’s wines, Steltzner knew he, too, wanted to plant Cabernet.

Together with the likes of Warren Winiarski of Stag’s Leap Wine Cellars, Carl Doumani of Stags’ Leap Winery and John Shafer of Shafer Vineyards, Fay and Steltzner helped define and elevate the Stags Leap District’s now-prestigious reputation. The area became its own appellation in 1989 and includes around 2,700 acres along the eastern flank of the Napa Valley from near the town of Napa to Yountville.

The Palisades, a jagged volcanic outcrop of the Vaca mountain range that forms the eastern border of Stags Leap, impact windy airflow from the San Francisco Bay and reflect the heat of the afternoon sun, giving the district the ability to grow ripe, opulent grapes. At the same time, Stags Leap benefits from maritime cooling, combining the Napa Valley’s warm days and cool nights to preserve acidity and freshness, as well as lovely aromatics.

The softened tannins of wines made here show finesse within the context of intensely concentrated fruit, and the volcanic soils contribute structure and ageability. For these reasons, winemakers often describe Stags Leap wines as an “iron fist in a velvet glove.” The appellation is revered throughout the world specifically for Cabernet Sauvignon, the one wine Odette produces every year from its property.

“The vision here is that we want to craft wines with varietal expression, a sense of place and capture that terroir; that’s the most important thing,” Owens describes. “We’re not trying to be anything other than Stags Leap District; I want to craft wines that are a true expression of site.”

Odette Estate Winery is open by appointment for seated tastings of both its current and library wines.

A look at the state of the wine industry in California: Is organic wine the future? And how do wildfires impact vineyards?

The top-producing wine state in America has a story to tell — see how climate, topography, elevation and sustainability make an impact.

Video: The story behind organic wine — and how it’s made

How do wildfires affect wine country?

California saw a particularly destructive wildfire season in 2020, with estimated damages expected to total $3.7 billion. But, there’s some good news. 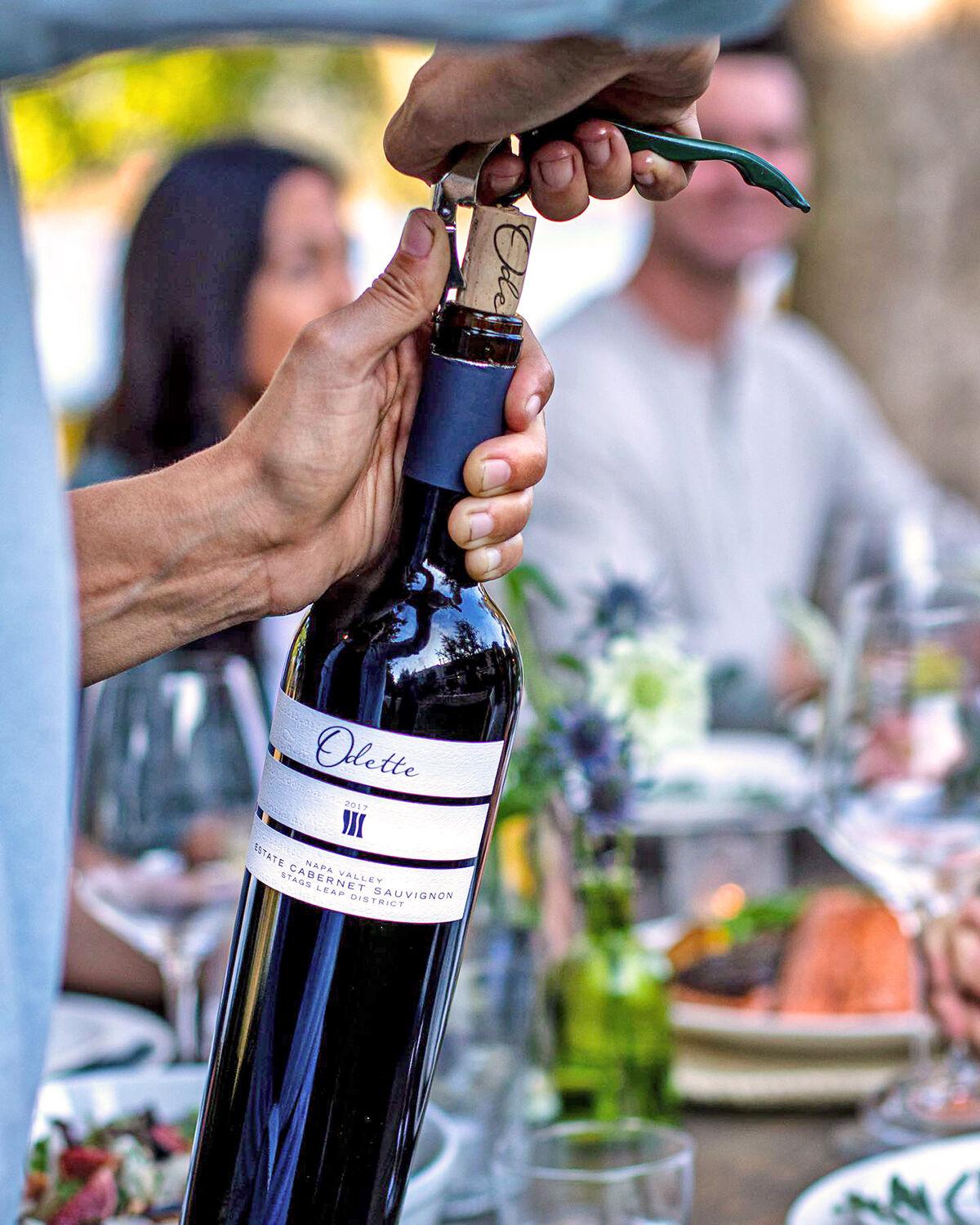 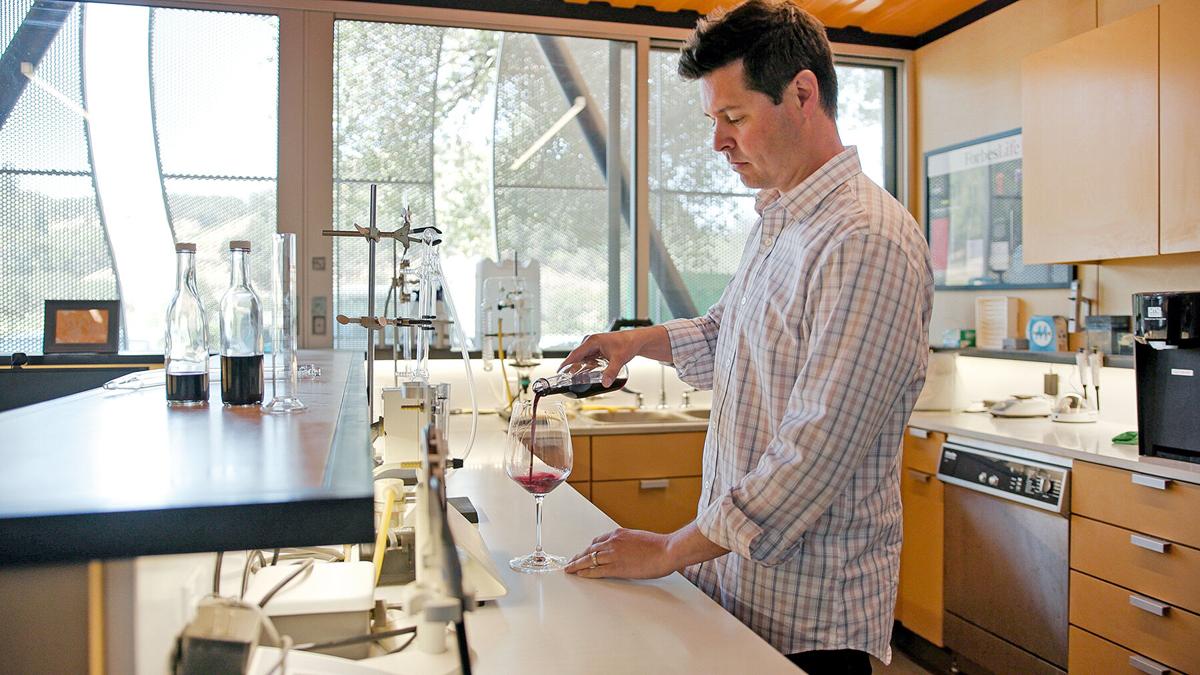 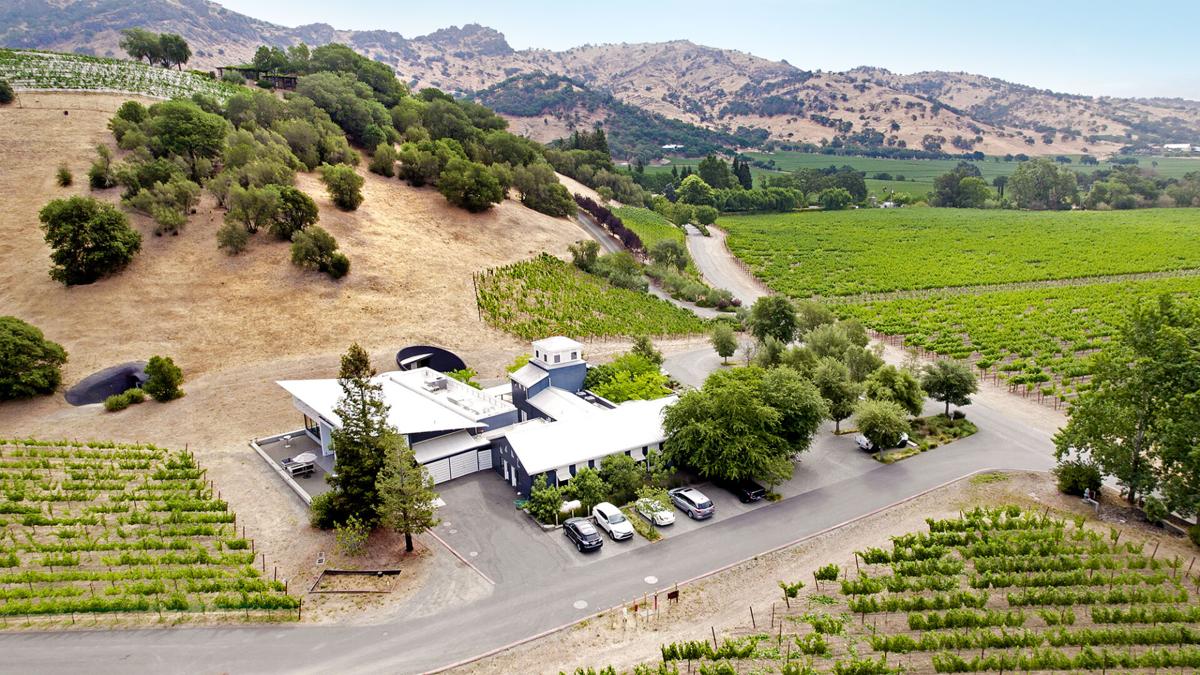 The small, state-of-the-art winery building is constructed from recycled shipping containers from China, and is one of just a handful of wineries to feature a living green roof with planted grass and plants. 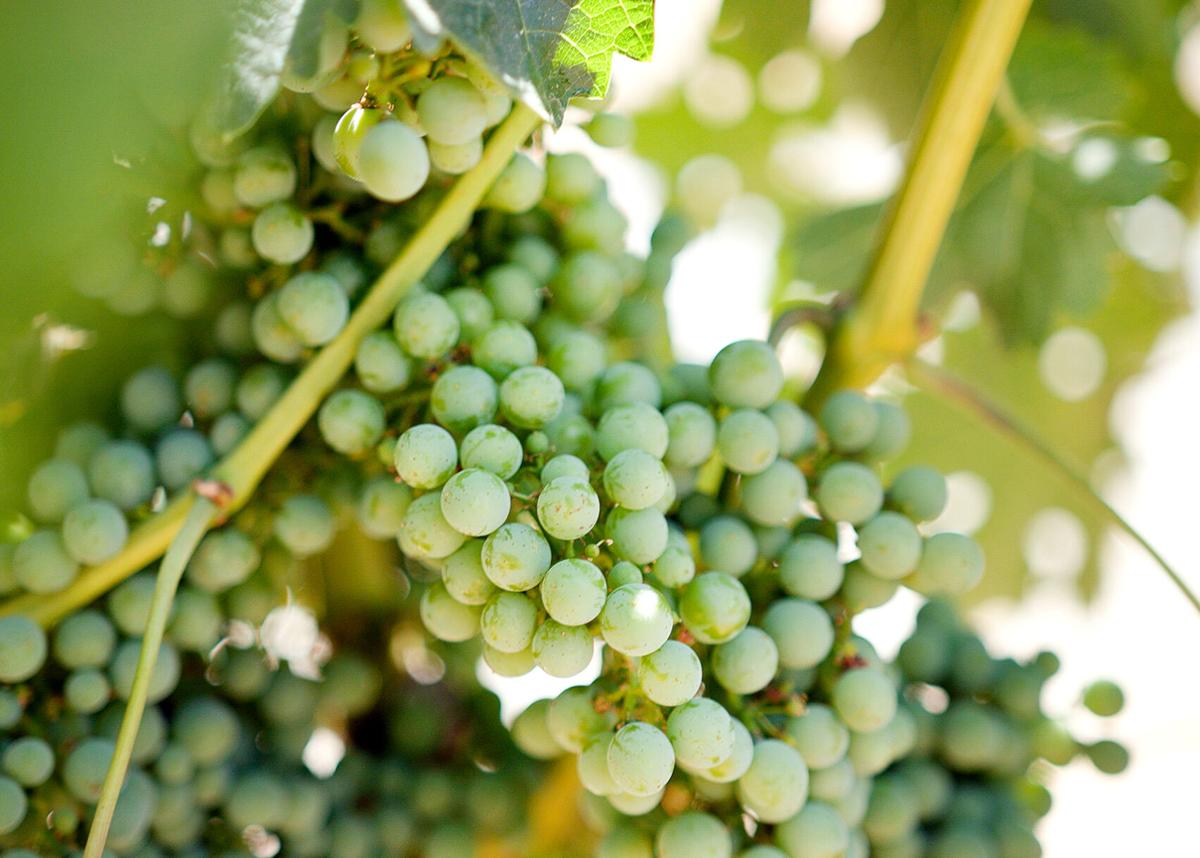 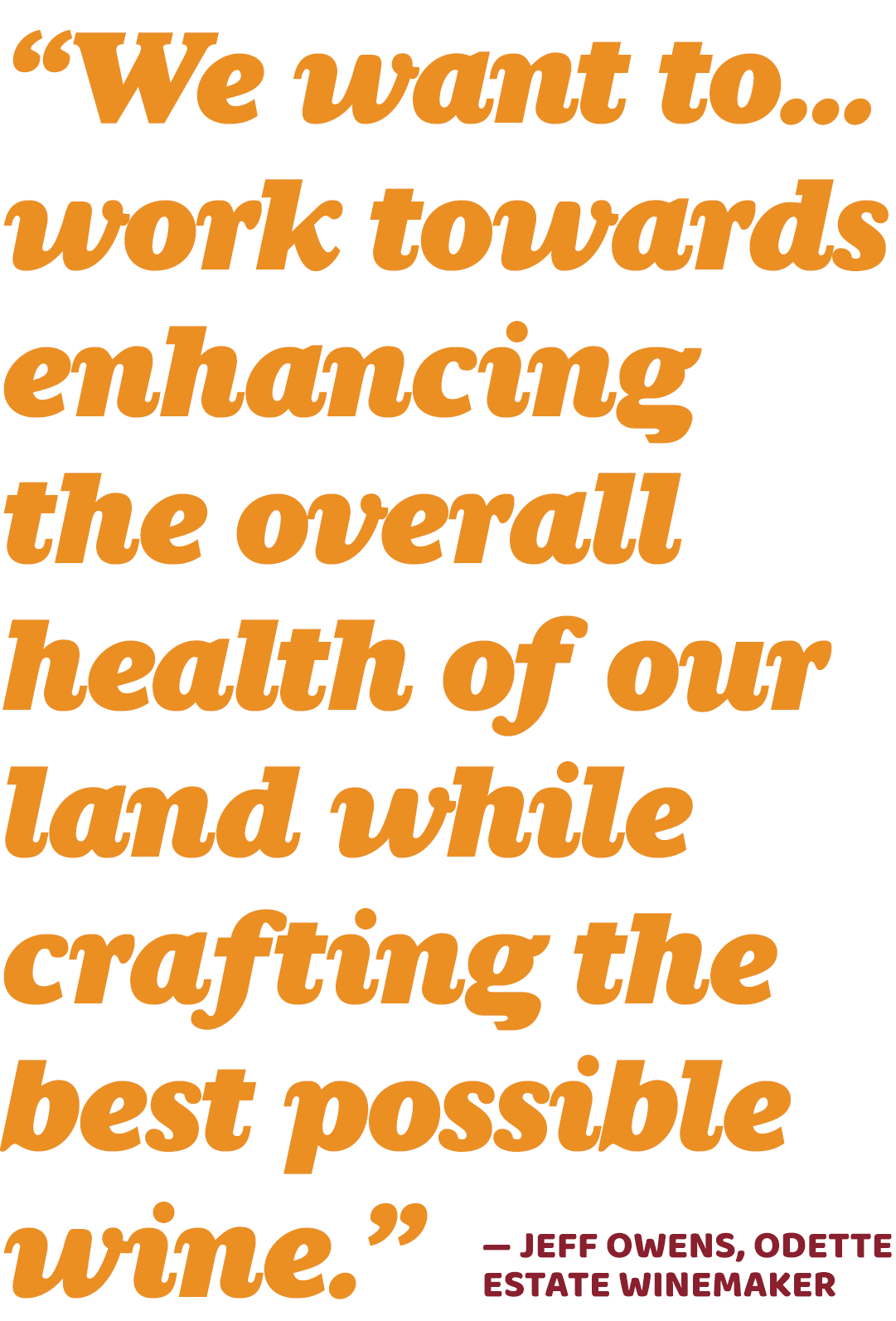 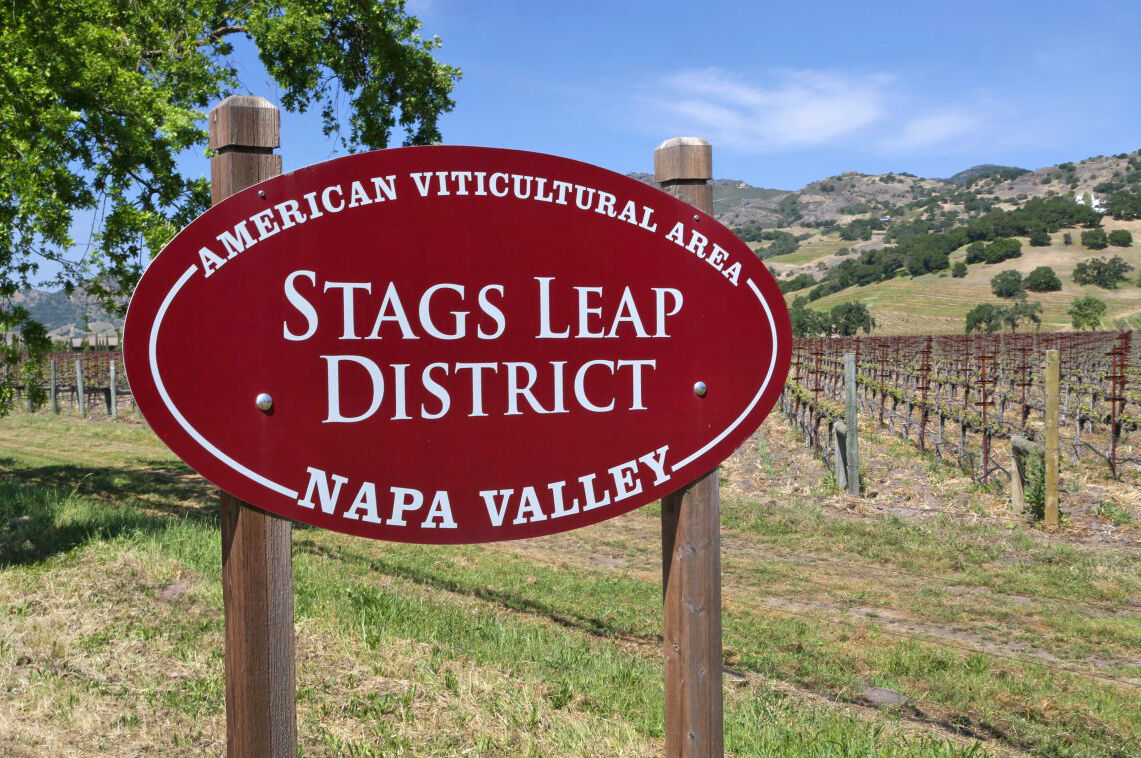 The Stags Leap District American Viticultural Area (AVA) is located among the foothills of the Vaca mountain range.