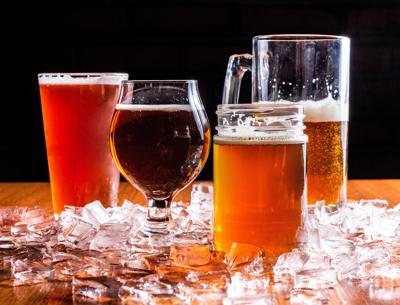 The appreciation of beer goes beyond learning the terminology, but that’s a good place to begin. Of course, as with most fields of study, there is vastly more lingo and information that could be addressed, but below are enough terms and definitions to get you started. We also settle down with beer expert, Shawn Connelly, to get practical tips for deciphering those terms to help you find what you like.

Connelly has worked in the world of beer for more than 16 years. He started as a home brewer, but that evolved into working for Big Muddy Brewing in Murphysboro, Illinois. He moved into distribution, then retail, and finally judging beer and writing about it.

First things first: All beer is either an ale or a lager. The key differences between the two are the type of yeast used and fermentation temperature. Lager, which employs cold fermentation, is generally refreshing and crisp. Brewed cold, it is also served cold. “Light, lower-calorie beers lead the pack in the U.S. They are the most sold by volume and sales since Prohibition,” says Connelly.

Ales employ different yeasts and are brewed and served at temperatures slightly warmer than lagers. The optimum temperature to serve an ale is typically around 50 degrees. Not all ales, such as India pale ale, are obvious from their names. Stouts, porters and sour beers are also examples of ales.

Craft beers can also be seasonal beers, either to celebrate a specific season or created with seasonal ingredients. Forage beers and farm beers, which utilize local ingredients, are often seasonal.

Hops are flower clusters from the female vines of the hop plant, which is a relative of hemp. Hops are commonly used in beer brewing to add flavor, aroma and bitterness, but also as a preservative. When a beer is described as “hoppy,” that indicates a greater use of hops, to increase bitterness. India pale ales are almost always defined by hops, with bitterness being the attraction for those who like these beers. Add words such as imperial or double to your IPA, and you’ll find that these have more alcohol with added hops to keep them balanced, though they won’t necessarily have more hop flavor.

From Scratch: Unexpected, foraged and farmed beer in southern Illinois

Not all beers have hops, and hops are not the only way to make beer bitter. However, they are extremely common, in varying levels of intensity. Fortunately, for those who don’t fancy hops, an Internet search will turn up a nice range of hop-free beer options.

And how does yeast determine flavor?

Yeast is another flavor component that can make a big difference. Connelly relates, “The vast majority of brewers use very well-defined yeast cultures developed in labs. Each yeast is very specific to a style of beer and what results are desired.” He also notes that yeast is one of the many things that contributes to why Scratch Brewing Company in Ava, Illinois, is so remarkable. “Their yeast is homegrown. So that makes them unique, even without talking about the other ingredients.”

The menu of beer (and their meaning)

Though there are two main types of beer, there are many different styles within each of these two categories. Here’s a quick guide to several varieties:

Pale lager: These beers are light-bodied, pale to golden and designed to be refreshing and approachable, though they are not usually very complex in their flavor profile.

Pilsner: Also commonly spelled Pilsener or abbreviated to Pils, this beer was created in what is now the Czech Republic. Refreshing with an alcohol content on the low end of the range, European pilsner is the archetypical beer most of the popular pale lagers in the U.S. are loosely designed to mimic, according to Connelly.

Bock beer: A strong, malty, sweet, dark amber lager of Germanic origin that dates back to the Middle Ages, bocks were traditionally associated with spring. They were made in the fall and stored over the winter. Higher in alcohol than pilsners, they are made for sipping.

IPA: India pale ale is a category of pale ale often higher in alcohol that’s known for the heavy use of hops, which makes this beer bitter. The name is thought to have originated when the beer was shipped to occupying British troops in India when it was discovered that the hops preserved the beer during the long voyage. There is now an American IPA, which is brewed with even more hops than the English version.

Porter: An ale with a slightly burnt taste, porter’s dark color comes from roasted barley. British in origin, porters were originally brewed over wood-fired boilers which caramelized the barley. Today, porters are known for a flavor that’s low in hops with smoky, chocolate and toffee notes.

Stout: Stout is made with heavily roasted black patent malt. It has a dark color, almost black in the glass, with a pale, creamy foam, rich mouthfeel and toasted flavor. Other types of stouts include oatmeal, which, as its name indicates, adds oats to the recipe, milk stout, which includes lactose, and imperial stout, which has the highest alcohol content.

Brown ale: Lighter than porter or stout, brown ale was born in England and has become popular among craft brewers. It tends to have a strong malt flavor, but a relatively mild bitterness and hop flavor. Different types include English brown, American brown and nut brown ales.

Sour ale: These beers are intentionally brewed to be tart with sourness provided, in most cases, by wild yeasts or bacteria, though occasionally by the addition of tart fruits. The lactic and acetic acids in these beers give them a lot of character and complex flavor.

ABV: This abbreviation stands for alcohol by volume and tells you how much of a punch a beer packs. The ABV of beer generally ranges between 3% and 13%. A session beer never exceeds 5% ABV.

IBU: International bitter units, or IBUs, will be displayed on some craft beers to indicate how hoppy they are. An American pale ale may be in the low- to mid-40s. IPAs start in the mid-40s and can push the limits of 100 IBUs or more. Any beer style that isn’t defined by hop content won’t list IBUs.

How to explore the world of beer

“Some people think that if it’s not a pale lager, like Budweiser, it’s not really beer,” Connelly notes. “These beers are designed to be inoffensive and easy to drink. Nothing wrong with that, but there is a lot more out there, even without leaving lagers behind.”

In fact, Connelly recommends that, if you’re just beginning to explore, simply choose a more full-bodied beer, rather than jumping to something too extreme. “You don’t want to shock your palate,” he advises. “If you drink Bud, try New Belgium Fat Tire or a Sam Adams Boston lager.” Both of these are more full-flavored and accessible, without taking you to the bitter hit of an IPA.

“Beer drinking is very individualized,” Connelly emphasizes. “Some types are very much acquired tastes. No one is going to like every beer. You need to dial in to what you like.” There are a lot of sources of information, from friends to your local retailer. Beer Advocate and the Beer Connoisseur are two reliable places to find reviews, as well as the website ratebeer.com and the Untappd app.

With beer, appearance may be deceiving. Connelly notes, “Because Guinness is dark, people perceive it as being heavy, but it’s not. In fact, it has a lower ABV than many lagers.” That said, the different color does signal a different flavor profile. It’s also good to remember that higher alcohol doesn’t necessarily mean better beer. “You can hide a lot of flaws with alcohol,” Connelly warns. “A nice session beer, with a low ABV, can be more flavorful and complex than a beer with more alcohol. Creating that complexity is difficult, however, so it will most likely be found in a craft beer.”

These days, craft beer can be for anyone

Craft beers are more widely available these days and they are worth exploring. Some breweries, like Scratch, which specializes in farmhouse and foraged beer, offer flights of beer. Others sell half-pours, so you can make comparisons. Start with the lightest beer and move to beers with higher ABVs.

Different ingredients, including different water sources, make a difference in taste, which adds to the fun of exploring craft beers. Connelly relates, “Scratch Brewing, in many ways, pioneered using what is around you. They are very innovative, but others are following their example.”

In other words, there are more options than ever now for those who wish to explore beer. The key is finding what you like.

Journey into the woods to see what makes farmhouse and foraged beers different.

Learn how to use beer as a mixer from Illinois’ 17th Street Barbecue. 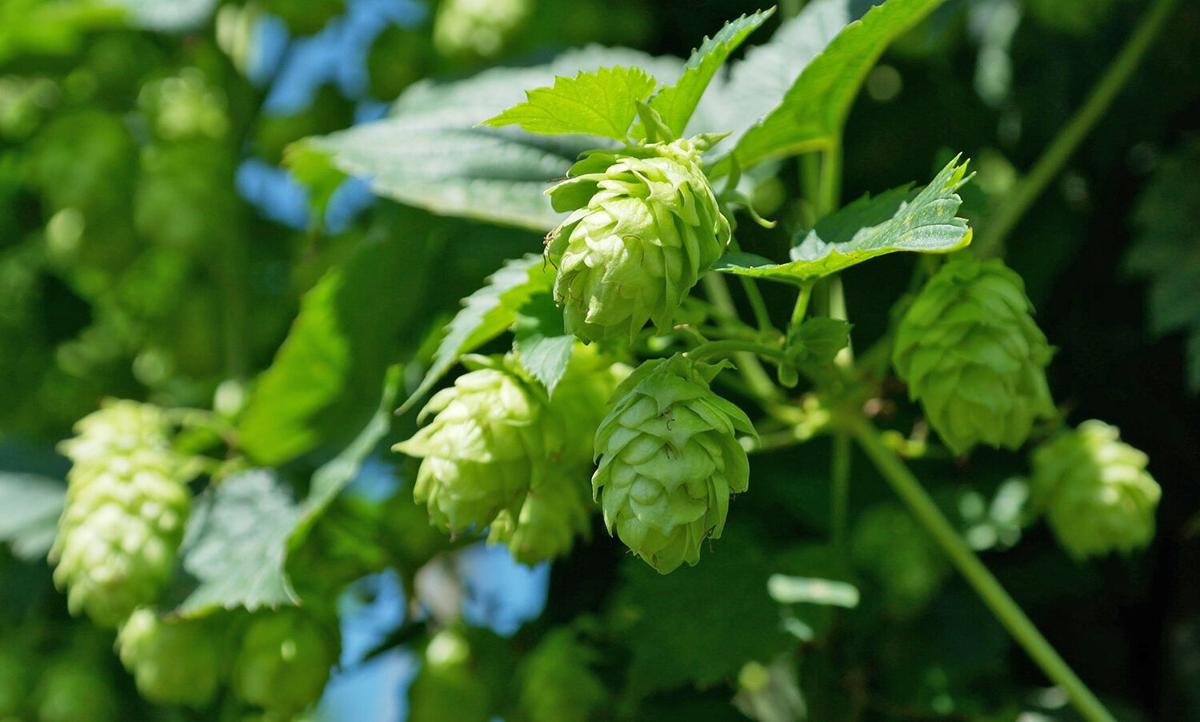 Hops add characteristic bitterness and act as a preservative in beers such as India pale ale. 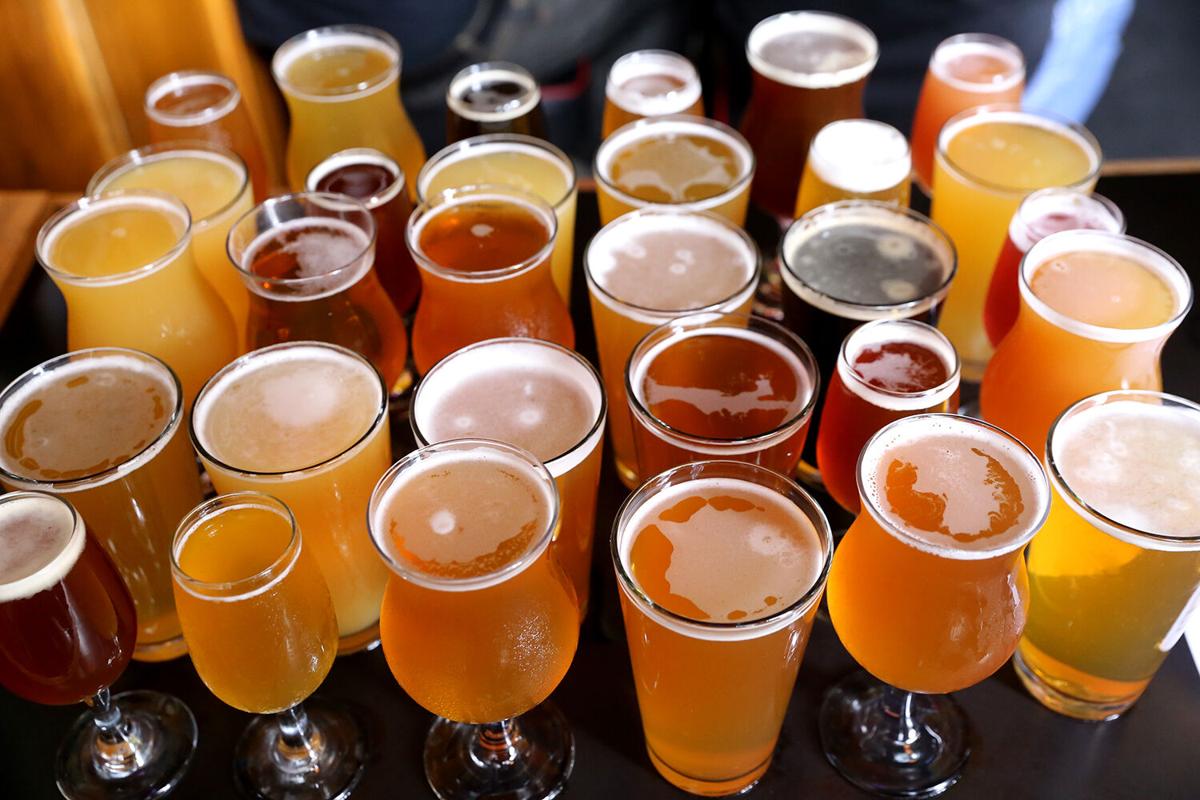