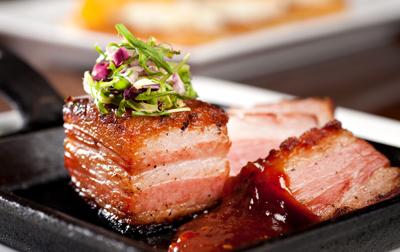 The uncured delicacy, however, is becoming more widely available in the average grocery and big-box stores, and chefs are incorporating it on their menus from coast to coast.

Why is pork belly the new bacon? We investigate.

A relatively inexpensive protein, it is cut from the underside of the pig after the loin and spareribs have been removed.

Due to its lack of additives and the salt found in bacon, some consider it a healthier option.

It can be enjoyed on its own.

With its high fat content, these golden morsels of sweet and succulent pork are delicious on their own or with a simple dipping sauce.

Pork belly’s tender texture lends itself to a range of cooking methods, and it benefits from low-and-slow cooking to render out some of its fat. This can be accomplished in the oven with slow-roasting, over indirect heat or smoked on a grill, or it can be braised or boiled. Thin slices can be grilled or sautéed directly over direct heat. Feel free to brine, marinate or rub the meat prior to preparation.

Pork belly can also be incorporated into infinite entrées, even those that call for pork butt or shoulder.

If a crispy skin is the goal, first pat the skin dry and score it with a sharp knife. Sprinkle the skin lightly with salt before allowing it to dry, uncovered, in the refrigerator 12 to 24 hours. Roast the pork belly on a rack in a 250-degree oven until the meat’s internal temperature reaches about 195 degrees. From there the skin can be fried in its drippings until crisp and golden.

It’s enjoyed all over the world.

For other ways to enjoy pork belly, perhaps take a cue from countries that have long incorporated this cut into their daily dinner routines. In Korea, one popular entrée folds grilled and caramelized pork belly into lettuce wraps topped with onions and a soy-sesame sauce. In other East Asian countries, pork belly is lacquered, glazed or barbequed; it classically tops ramen or it’s stuffed inside banh mi sandwiches. In Latin cooking, pork belly is often chosen to prepare carnitas or roasted pork. Deep-fried nuggets of pork belly are eaten as a snack in Colombia, and saucy chicharrón is a dish often used to fill tortillas, arepas and pupusas.

Issue no. 29: Heritage pork in Virginia

Pork is the world’s most popular meat, and one Virginia farm produces the finest using regenerative land practices for unique heritage breeds.

Pig out with 3 pork recipes from a Michelin-starred chef

With two restaurants and three Michelin stars, chef Ryan Ratino coaxes the most flavor out of one of his favorite ingredients: pork.

Your pork cut guide: From chop to loin

From well-marbled shoulder to leaner loin, this guide proves there’s no wrong way to cook and enjoy the many versatile cuts of pork.

Not all pork is created equal — and why you should care

Learn the true meaning of the term “heritage pork,” and the history behind European pig breeds in America. 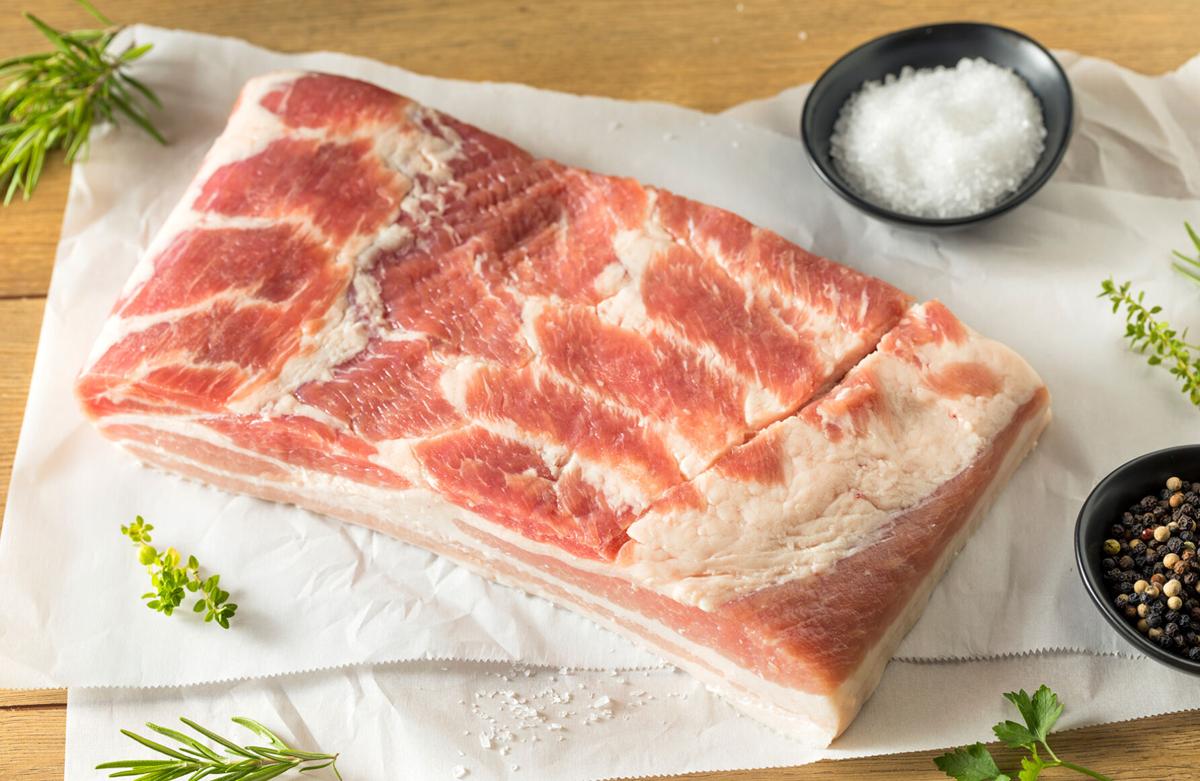 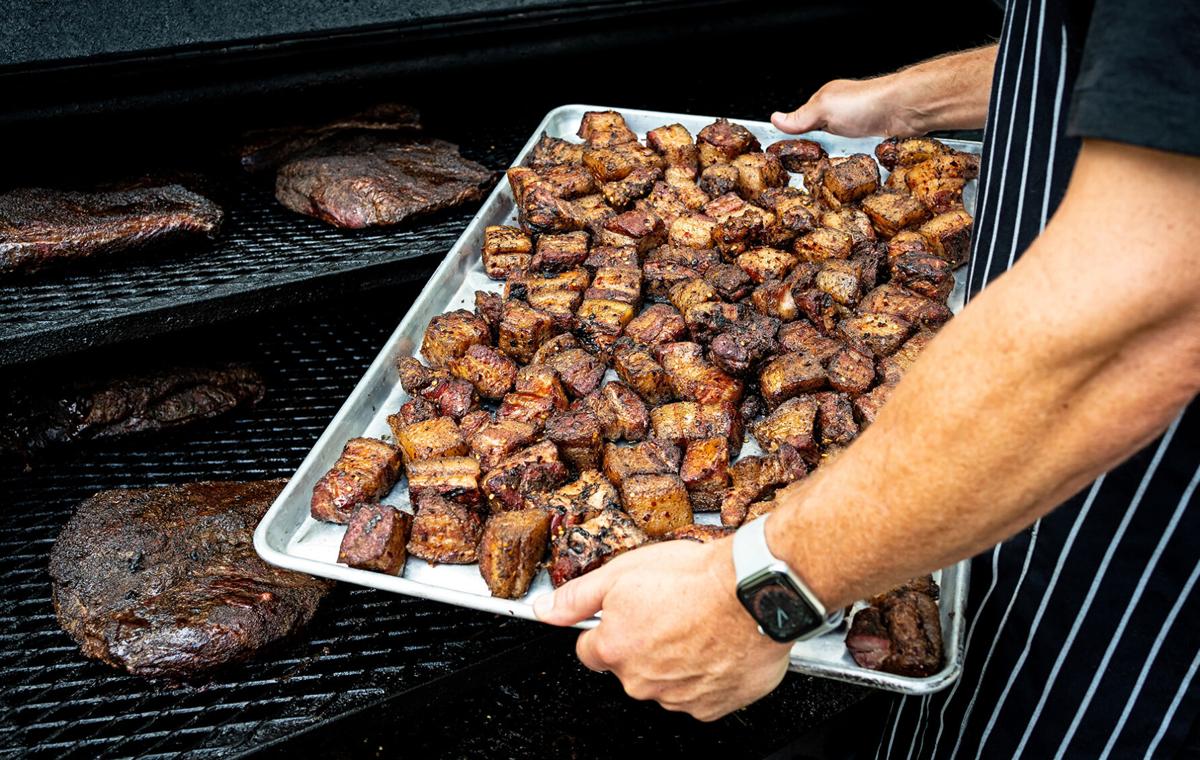 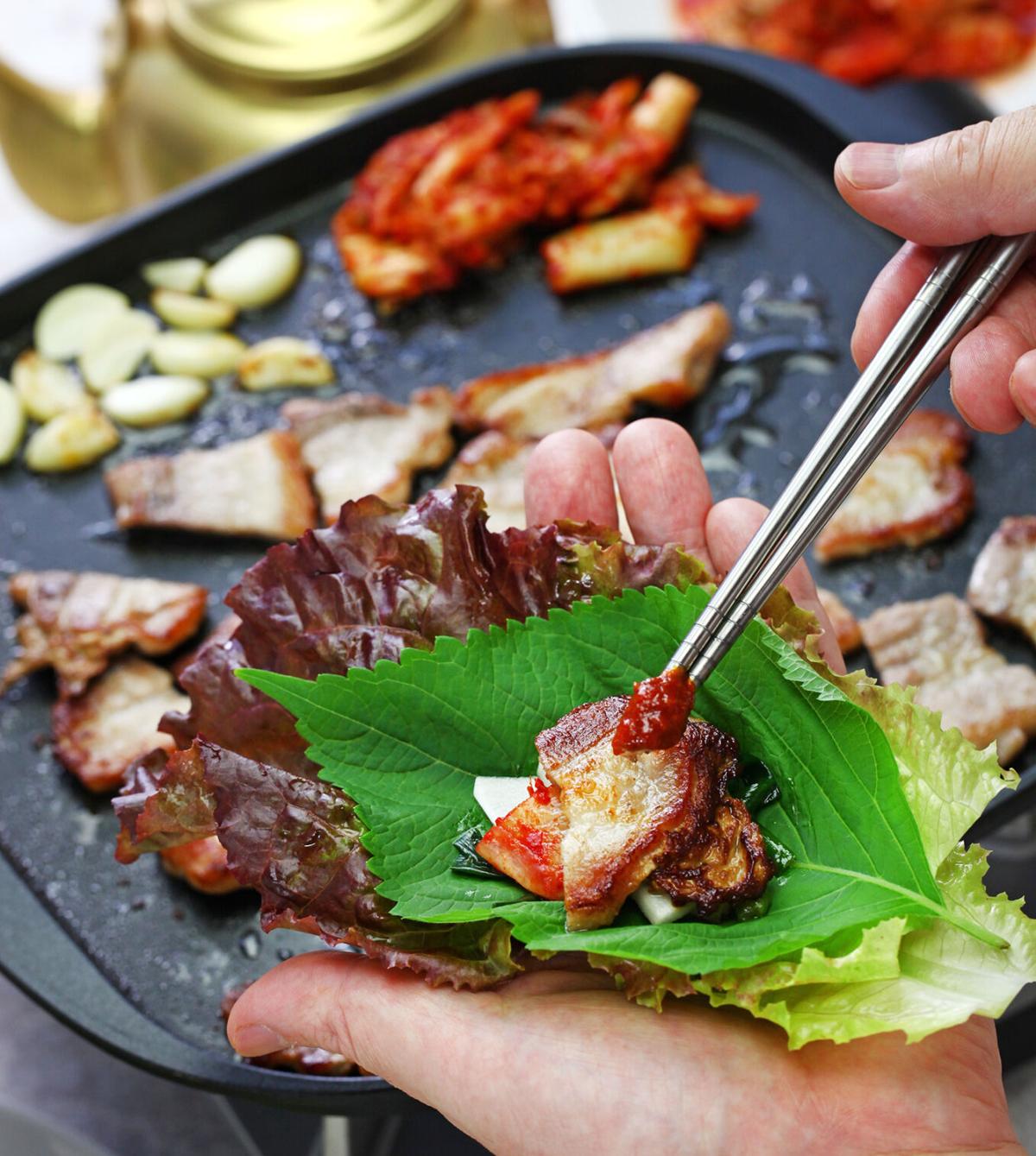