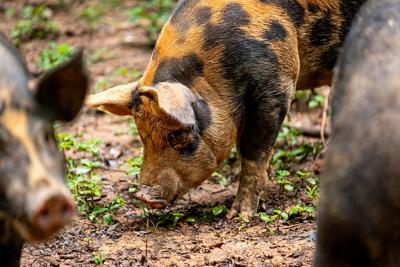 Long before the Revolutionary War, Iberico pigs freely roamed the wilds of what's now Florida, Georgia, North and South Carolina, Tennessee, Alabama and Arkansas. And their arrival in the current United States traces directly back to Queen Isabella of Spain, Christopher Columbus and Hernando De Soto.

Most know that Columbus' famous voyage brought him to the New World in 1492. Still, our pioneer pig story begins with his arrival in Cuba in 1493 because his contingent included some special passengers — eight pigs whose presence in the New World was commanded by Queen Isabella.

Although Columbus’ trip ended in Cuba, in 1539 De Soto brought the first pigs (13 Ibericos) to America to what is now Tampa Bay, Florida.

Pigs in general —  and most specifically Ibericos — are hardy, intelligent animals with strong survival and maternal instincts that make it easy for them to adapt to almost any environment, and like the early American colonists, they sought freedom in this new land. Fortunately, the pigs encountered few predators, found abundant food sources, thrived and multiplied in America. By the time De Soto died in 1542, those original 13 pork passengers had grown to a herd of 700.

Pigs with a pedigree

Over the ensuing 500 years, the Ibericos adapted well to local habitats, including wild, inhospitable places like boggy wetlands and coastal scrub forests. But it was on Ossabaw Island off the coast of Georgia where the heritage Ossabaw breed flourished. Today, it's one of six heritage breeds imported into America, along with Choctaw, Mulefoot, Guinea Hog, Red Wattle and Hereford.

For more than two centuries, these pigs have been raised on small family farms, and each pig's genetic characteristics have added diversity to the pork gene pool. As a result, they are the backbone of our diverse pork heritage.

There's more to heritage breeds than a long pedigree

So, what exactly is a heritage pork breed? According to the Livestock Conservancy, the group responsible for identifying and defining heritage swine and pork products in America, heritage swine must be registered purebred or be the offspring of purebred parents, and part of a continuous breeding population in America since 1925. In addition, they must currently be or have been on the endangered breed list.

In for penny, in for a pound

So why should you care if your pork comes from a heritage breed? Thanks to mislabeling and misleading marketing, the term “heritage” has lost some of its cache when it comes to meat. Still, savvy shoppers need to read the label and learn more about the rules behind this meat category. So, don't just take the word of a merchant; make sure to check the label. It should tell you if the meat comes from a heritage breed and its name. In the U.S., there are only two: purebred heritage Berkshire and Ossabaw Island breeds. A crossbreed of these two purebreds, like the swine from Autumn Olive Farms, also fits the bill.

Heritage pigs benefit from high-quality farming, making for healthy, happy swine and better tasting, flavorful meat. If you prefer organic, pasture-raised pork that is naturally free of disease and antibiotics, then heritage is the way to go. Not only do you benefit from the quality of the farming, but heritage pork also preserves and celebrates our culinary heritage.

And despite decades of marketing to the contrary, pork fat from pigs that spend their lives in the open foraging for their food is also better for you. In contrast, the pale, barely pink substitute raised by the millions in enclosed industrial pork facilities has a fraction of the nutrients and flavor.

History and science have proven that meat and fat from grass-fed, foraging heritage breeds are naturally lower in saturated fat and exceptionally high in vitamin D, omega-3 fatty acids and oleic acid.

Why the future matters

According to the USDA, small family farms make up 88% of American farms. The term “small” means they are, on average, 231 acres with gross annual sales of less than $250,000. However, 2017 USDA Census of Agriculture data shows that 99% of farm animals are raised on factory farms.

Although consumers say they want to buy sustainable, humanely raised pork, sales of heritage breeds don't translate into the income that makes this viable on a national scale. Unfortunately for the pigs and consumers, the future of pasture-raised heritage pig farming is not secure.

Conducted by primarily small farmers, his kind of pig farming can be financially prohibitive and labor intensive. It requires acres of land for foraging and often yields low profit margins. In addition, these financially strapped farmers lack the capital necessary to run expensive advertising and public outreach campaigns.

But there is hope. According to the Livestock Conservancy, "The market for sustainably produced pork is very small, but it is increasing. In addition, diversified commercial farmers are once again becoming interested in using pigs in conjunction with land clearing, field crops, specialty vegetables, dairying, fruit production and other agricultural enterprises. This may also provide habitat for rare breeds." These practices, along with motivated, educated consumers, may be the fodder needed to support and invigorate the promising heritage pork industry, practices that ultimately benefit the land, the farmers, their pigs, chefs and pork lovers.

Issue no. 29: Heritage pork in Virginia

Pork is the world’s most popular meat, and one Virginia farm produces the finest using regenerative land practices for unique heritage breeds.

Fresh pork belly has long been adorned the world over. It’s finally becoming a staple in the U.S. for more than just bacon.

Your pork cut guide: From chop to loin

From well-marbled shoulder to leaner loin, this guide proves there’s no wrong way to cook and enjoy the many versatile cuts of pork.

Pig out with 3 pork recipes from a Michelin-starred chef

With two restaurants and three Michelin stars, chef Ryan Ratino coaxes the most flavor out of one of his favorite ingredients: pork. 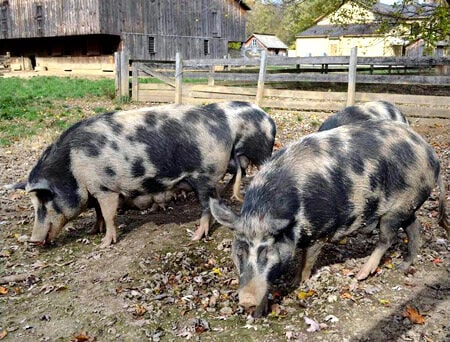 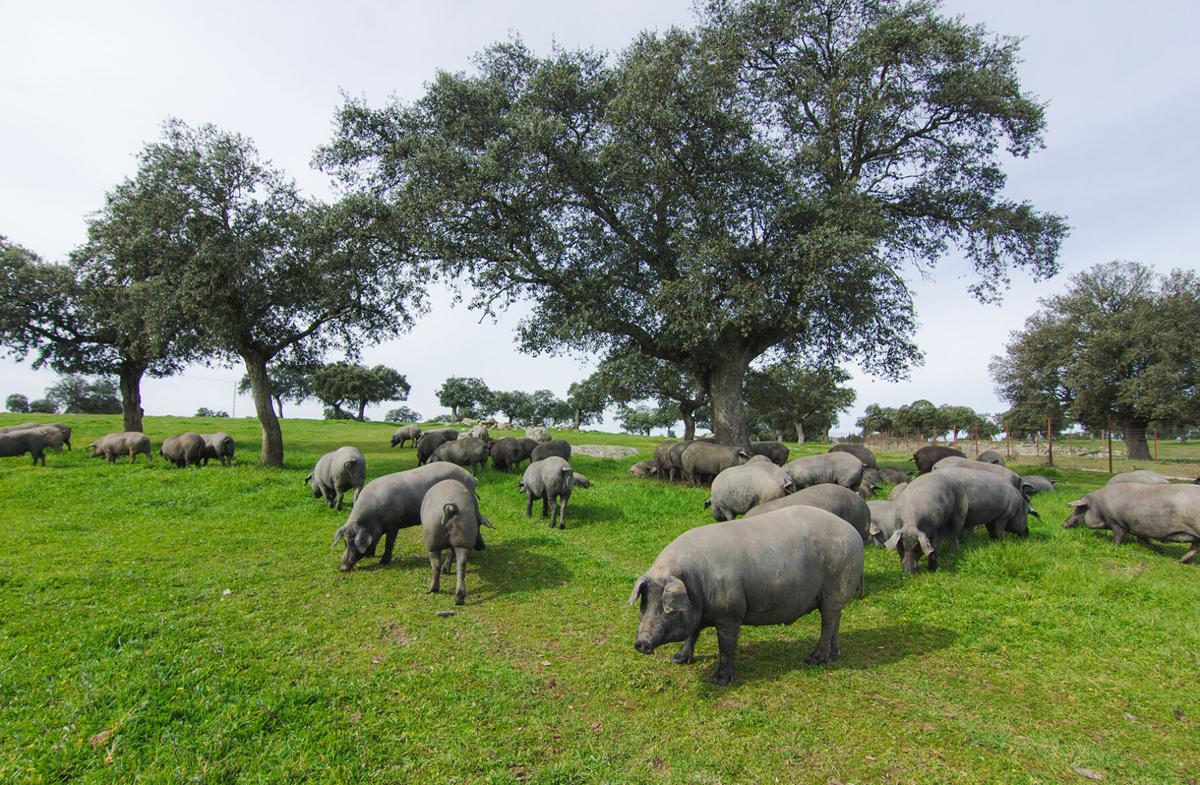 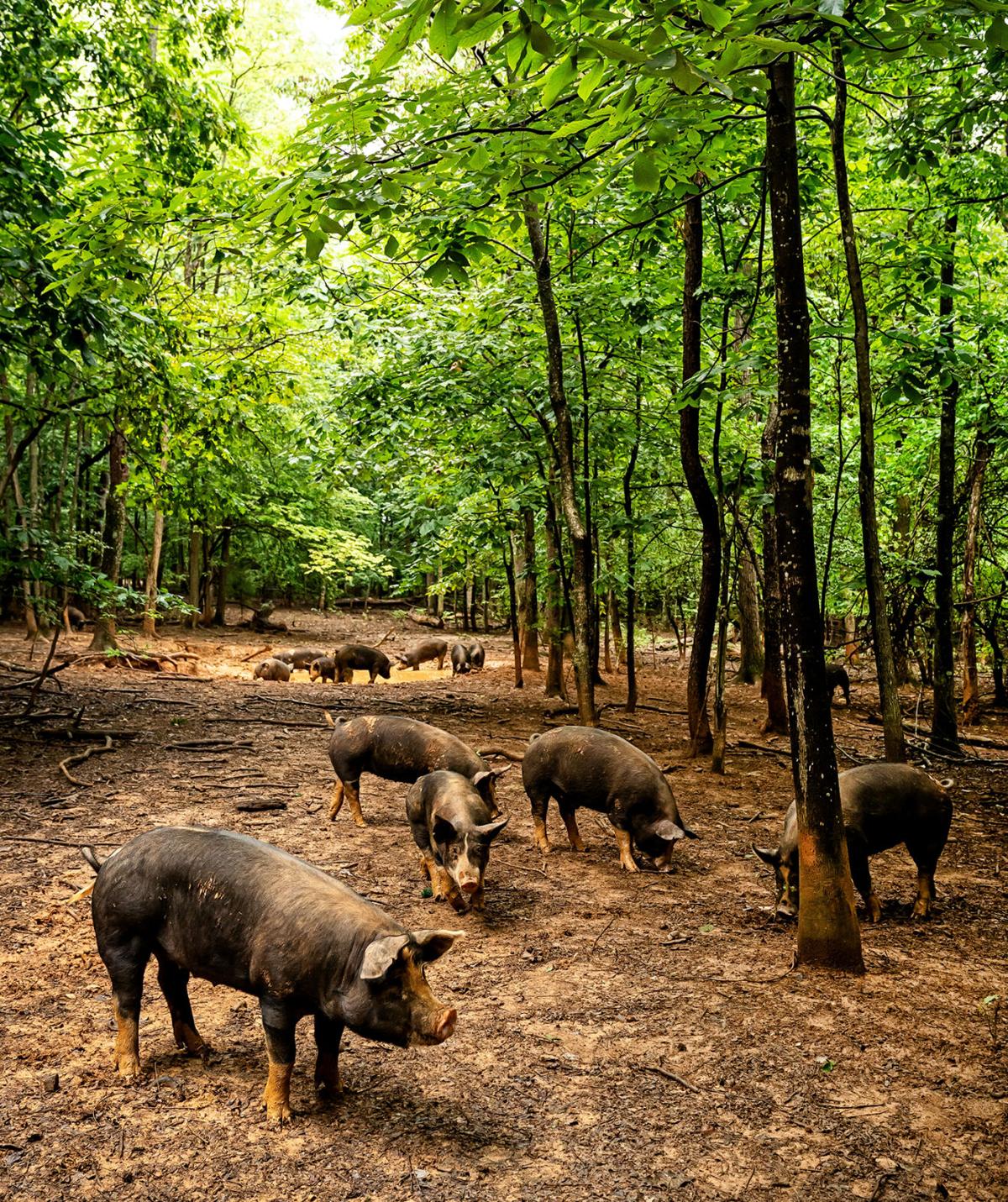 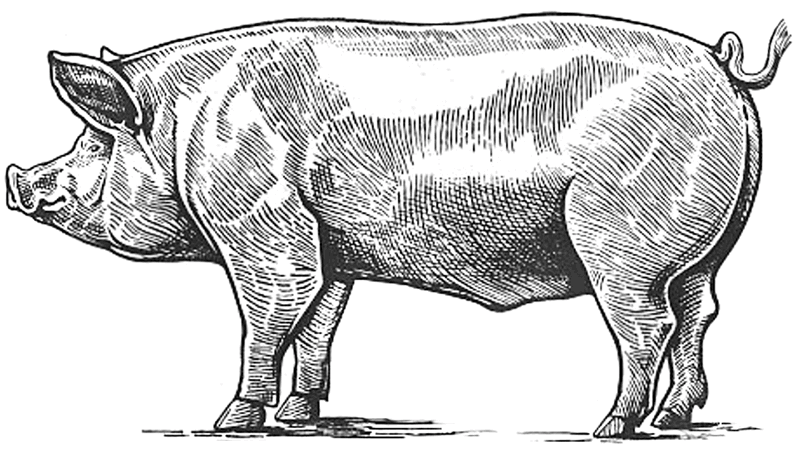 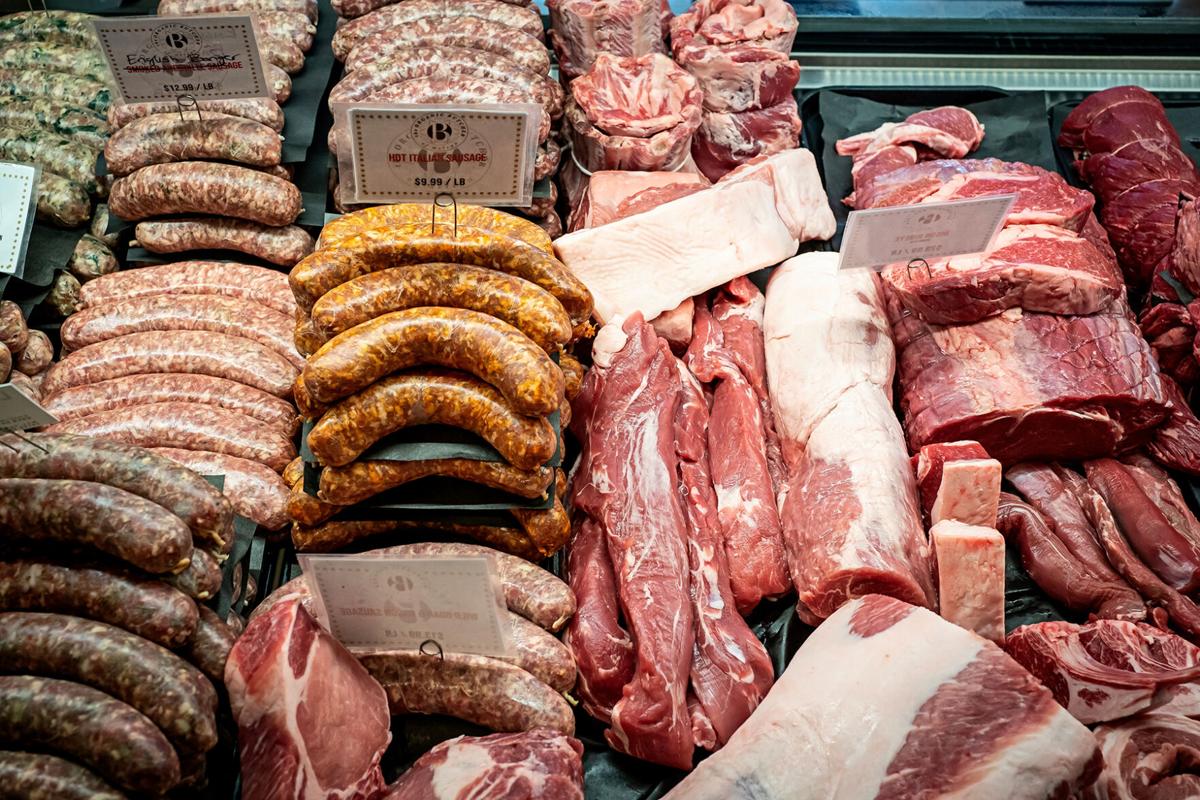 Forage grazing produces healthier and tastier meat like the pork and beef sold at the Organic Butcher of McLean. Photo by Scott Suchman.