Perhaps no edible industry is as contentious as seafood when it comes to sustainability. For decades, mislabeled fish, faulty information and bad harvesting practices have given seafood a bad rap in terms of ethics and environmental conservation, but new data reveals how aquaculture and wild harvesting have worked in tandem to introduce new environmentally-friendly fishing practices.

Most of the debate has involved farmed seafood, especially fish, which tend to generate high levels of carbon emissions and waste and require chemicals and antibiotics to guard against illness. Farmed fish, which are kept in ponds inland and in floating tanks or nets offshore, also create the risk of spreading disease or creating issues of invasive species when contaminated water breeches its confines or fish escape into the wild.

Cherrystone Aqua-Farms, a Virginia pearl on the Eastern Shore

The Chesapeake Bay oyster farm filters millions of gallons of water a year and offers insight into today’s oyster industry.

Whether farmed or wild-caught, all fish and shellfish run the risk of mercury contamination. Mercury is a heavy metal that is released from the burning of coal, typically for energy production, that settles in land and water. When too much mercury is introduced into the fish or shellfish population, it is passed along to humans and can severely impact the neurological and reproductive systems.

Mindful practices lead to a happier planet — and happier fish

Recent studies have shown that heightened regulations on fishing industries and mindful practices by aquaculture companies have curbed the negative impact these industries have on the planet. In the journal Nature, a March 2021 report reveals that major gains have been made in the efficiency and nutrition of the industry after a 20-year observation of global aquaculture from 1997 to 2017. “The potential for molluscs and seaweed to support global nutritional security is underexploited,” the study states, adding that pressure to embrace sustainability practices over this period of time has improved general conditions for the industry.

Stan Allen, recently-retired director of the Aquaculture Genetics and Breeding Technology Center at the Virginia Institute of Marine Science, says that oysters are one of the most sustainable forms of seafood for human consumption. “Anything that filter feeds and grazes on algae from the water has a low-carbon footprint,” he says. Oysters, known as “filter feeders,” filter up to 50 gallons of water per day, drawing naturally occurring plankton and algae from the water to build protein. Oysters require far less human interaction and produce less waste to grow and harvest as many other species of fish do, making them highly sustainable. Allen says that oysters are, “celebrated for ecological sustainability,” especially true for farm-cultivated oysters that do not remove wild oysters from their natural habitat and reef. Cultivated oysters tend to at least marginally improve the water source they are grown in, as they contribute additional filtering of the water without creating a net loss of the natural oyster population.

While oysters are susceptible to climate threats like rising pH levels of water and pollutants, oysters are also hardy animals that can adapt to changing water conditions more readily than other marine species, Allen says.

How to get informed

Like oysters, there are other types of shellfish and fish that are deemed sustainable and eco-friendly by monitoring groups like the Marine Stewardship Council and Seafood Watch. While there are many terms and labels indicating levels of sustainability, here are a few practices and indicators to look out for:

Perhaps one the best sustainability measures a consumer can make is to buy food that is produced locally. For seafood and fish, that can be a challenge for those living inland, but purchasing seafood harvested by U.S.-based companies in domestic waters ensures that the seafood has been vetted by stringent regulations and protocols. For those living near the sea, consider becoming a member of a Community Supported Fishery (CSF). Similar to Community Supported Agriculture programs, or CSAs, one provides an upfront payment for a regularly-scheduled seafood supply based on the local daily catch.

Look for the blue check

When seafood is marked with the “blue check” label from the Marine Stewardship Council, it indicates that the fish or shellfish you are about to purchase was raised or harvested using environmentally conscious practices. These fisheries go through stringent assessments before earning certification. The Aquaculture Stewardship Council, or ASC, also has a reputable certification process with a similar label.

Introducing many types of seafood into your diet encourages non-reliance on “popular” fish like cod, salmon and frozen tuna. Shellfish, especially smaller mollusks like oysters and clams, are more eco-friendly to harvest and have lower levels of mercury and heavy metals or chemicals than larger fish.

There are a lot of terms that may suggest an “ethical” fish and shellfish choice. Some may be conflated or confusing, and some of them are purely for marketing purposes. “Responsible” and “sustainable” are different qualities placed on fishing practices which may lack legitimacy unless paired with certification. Sustainability in the seafood industry includes a practice that limits harvesting to avoid overfishing, reduces waste and carbon produced from the harvest, and provides a living wage to the people who harvest the seafood. “Organic” is a term limited to the feed and medications introduced to the fish or shellfish, but the term does not indicate sustainability.

Not all good choices come with stamps of approval

While sustainability certification cannot be bought, the process towards eco-certification is expensive and timely, and some of the most popular brands of seafood do not carry certifications because of monetary expense. Five years ago, the International Institute for Sustainable Development reported that only 14% of all worldwide seafood carries eco-certification. Buying from reputable fishmongers who have standing relationships with fisheries and aqua farms helps to ensure you are getting fish that supports smaller companies that follow practices as close to official certification as possible.

Issue No. 8: Oyster farming in Virginia

Feast and Field learns about Cherrystone Aqua-Farms’ innovative shellfish production, how you can make sustainable seafood choices, and an oyster flavor guide.

Take a look into the world of sustainable oyster farming at Cherrystone Aqua-Farms on Virginia’s Eastern Shore.

Taste of the sea: An oyster flavor guide

A beginner’s guide for selecting, shucking and eating oysters.

Try your hand at 3 classic oyster sauces, or use the vitamin-rich shellfish in stew or a classic Oysters Rockefeller. 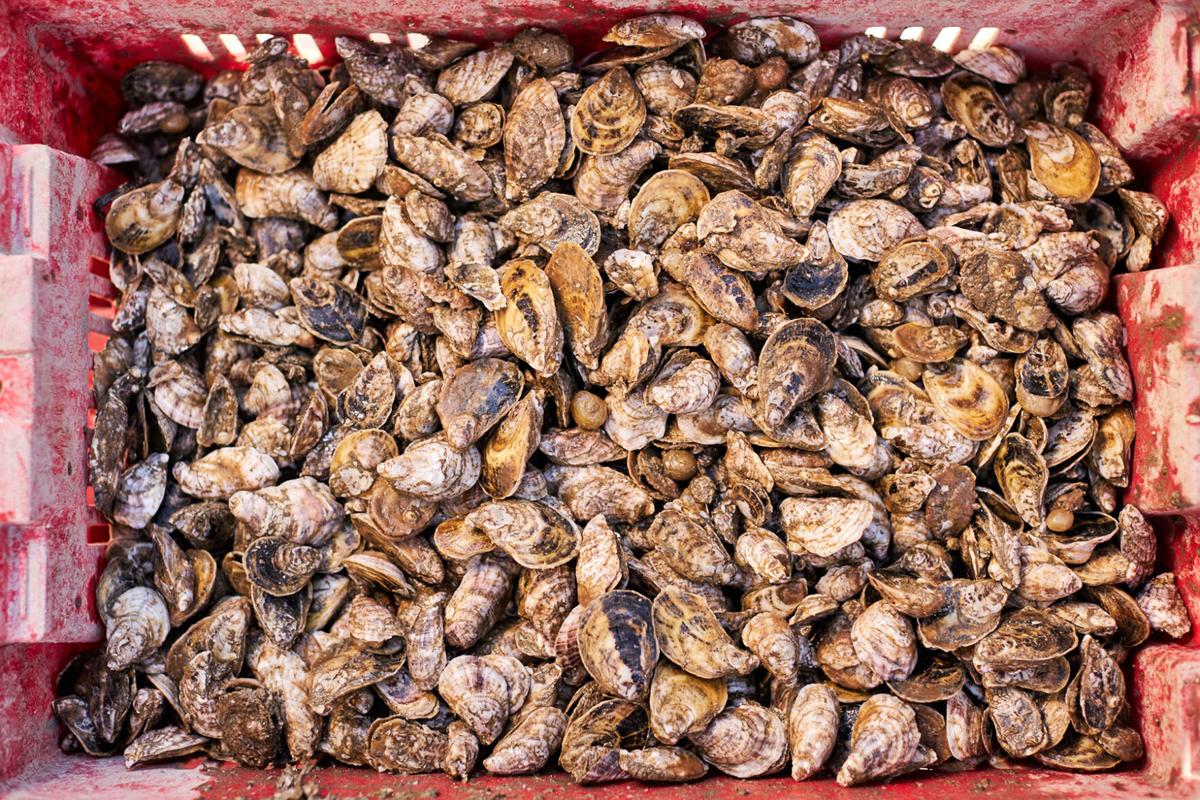